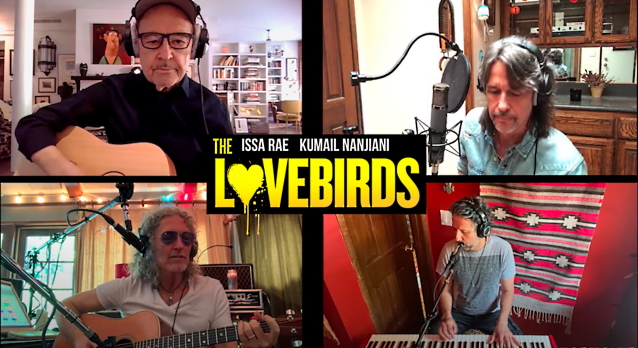 According to Billboard, FOREIGNER has recorded a new version of its classic hit "I Want To Know What Love Is" to celebrate the release of Netflix's new movie "The Lovebirds". The accompanying video, which was filmed via Zoom while the bandmembers were in quarantine, can be seen below.

The original version of "I Want To Know What Love Is" is featured in the trailer for the Michael Showalter-directed film, which stars Kumail Nanjiani and Issa Rae. The movie was originally set for a theatrical release on April 3 but after Paramount pulled the plug due to the ongoing COVID-19 pandemic, Netflix picked it up for its streaming platform.

"The Lovebirds" follows a couple (Nanjiani and Rae) close to breaking up, who find themselves caught in a bizarre but funny murder mystery. They then attempt to solve in order to clear their names, while also examining if they and their relationship can survive the circumstances.