According to The Pulse Of Radio, FOO FIGHTERS have launched a new web site that redirects from the band's official domain. Found at foofighterspassport.com, the site features a map of Europe from space on which Portugal is highlighted in red, with a passport superimposed. If you click on the passport, there's a stamp inside revealing that the FOO FIGHTERS' first announced concert of next year will take place at the NOS Alive festival in Lisbon, Portugal, on July 7, 2017.

There is no other information regarding other tour dates or what the band might be touring to promote, although there has been increased activity within the FOO FIGHTERS' world recently.

FOO FIGHTERS have been on hiatus since November 2015, but Grohl has hinted at working on new material, with producer Butch Vig also saying in an interview not long ago that he had been collaborating with Grohl.

Rumors about a second season of the FOO FIGHTERS' road documentary series, "Sonic Highways", have also circulated although HBO has not announced yet that the series is coming back. The last FOO FIGHTERS album, released in 2014 and also called "Sonic Highways", was recorded while the band was filming the series. It's been suggested that a new season could follow the group around Europe. 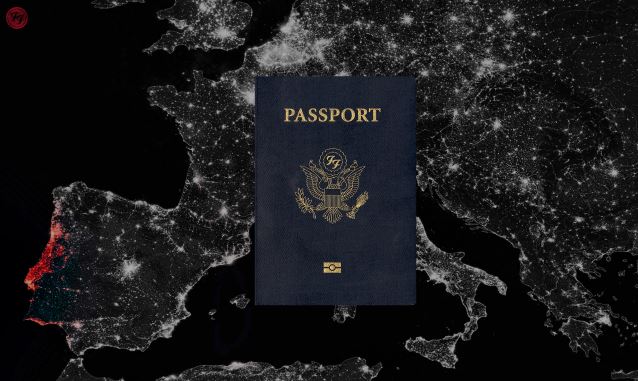