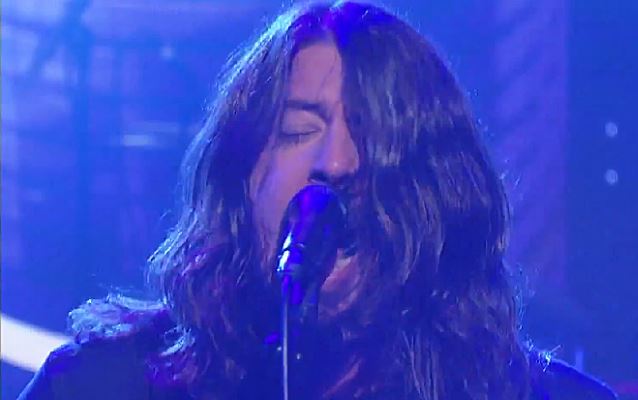 FOO FIGHTERS were joined by country-folk star Zac Brown for a cover version of the BLACK SABBATH classic "War Pigs" last night (Monday, October 13) as part of the inaugural performance of their weeklong residency on CBS-TV's "Late Show With David Letterman". Frontman Dave Grohl also sat for an interview with David Letterman. Check out video footage below.

According to The Pulse Of Radio, the residency will conclude on Friday, October 17, the same night that the Grohl-directed documentary series also called "Sonic Highways" will premiere on HBO.

The film chronicles the making of the album, which the band recorded at historic studios in eight different U.S. cities, including Los Angeles, Seattle, New York, New Orleans, Nashville and Austin.

Each episode will document the recording of one song, as well as the musical history of the studio and the city in which it's located.

The "Sonic Highways" album comes out November 11, with Grohl saying, "This album is instantly recognizable as a FOO FIGHTERS record, but there's something deeper and more musical to it."