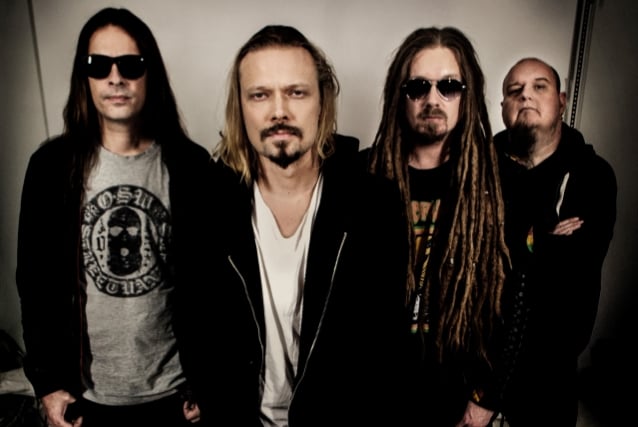 FLAT EARTH, the new band featuring former HIM members Mikko "Linde" Lindström (guitar) and Mika "Gas Lipstick" Karppinen (drums) alongside ex-AMORPHIS bassist Niclas Etelävuori and POLANSKI singer Anttoni "Anthony" Pikkarainen, will release its debut album, "None For One", on November 9 via Drakkar Entertainment in Europe excluding Finland (where the effort will be made available through the band's own label Suur Etikett). The disc was recorded at Finnvox in Helsinki with producer Hiili Hiilesmaa, who has previously worked with HIM, AMORPHIS, THE 69 EYES and APOCALYPTICA, among others. 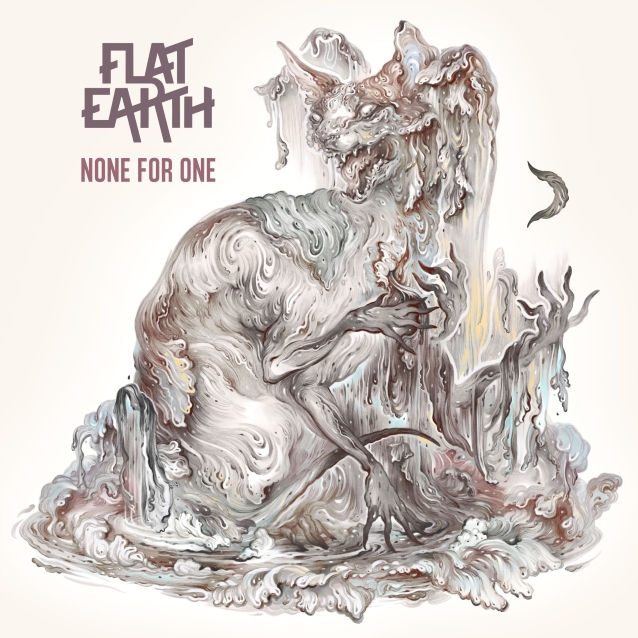 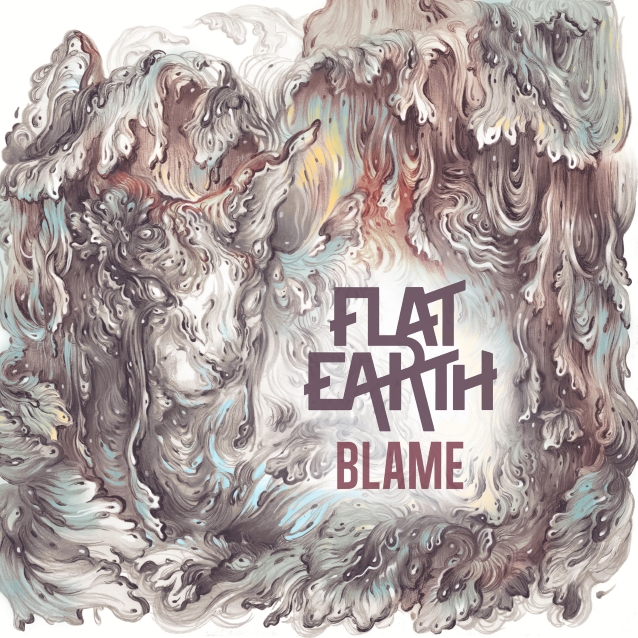