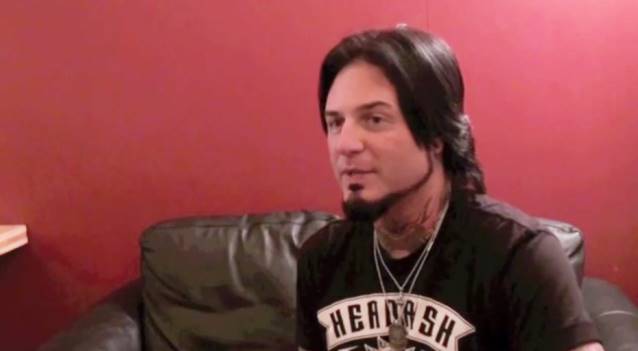 RockNLive.org recently conducted an interview with with FIVE FINGER DEATH PUNCH guitarist Jason Hook. You can now watch the chat below.

The second installment of FIVE FINGER DEATH PUNCH's masterwork titled "The Wrong Side Of Heaven And The Righteous Side Of Hell", is likely to sell between 75,000 and 80,000 copies in the United States in its first week of release, according to industry web site Hits Daily Double. The estimate was based on one-day sales reports compiled after the record arrived in stores on November 19 via Prospect Park. That should enable the set to score the highest new entry on The Billboard 200 chart next week. The chart will be unveiled on Wednesday, November 27.

"Volume 1" has sold more than 285,000 copies to date. FIVE FINGER DEATH PUNCH's three previous albums have all gone gold for sales of 500,000 copies or more. 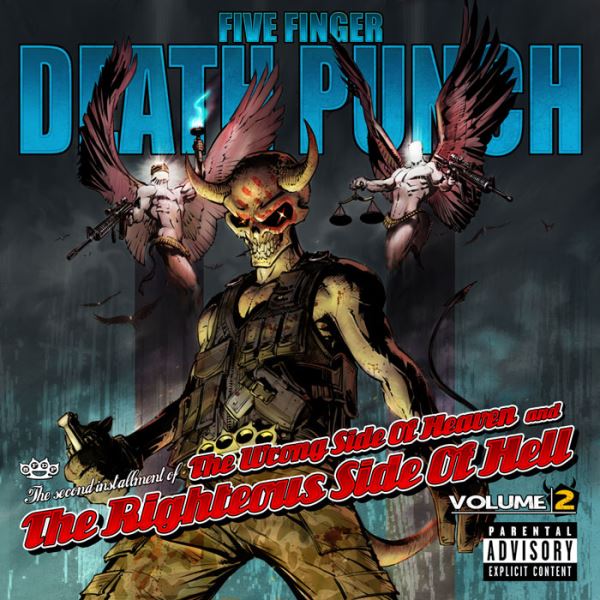