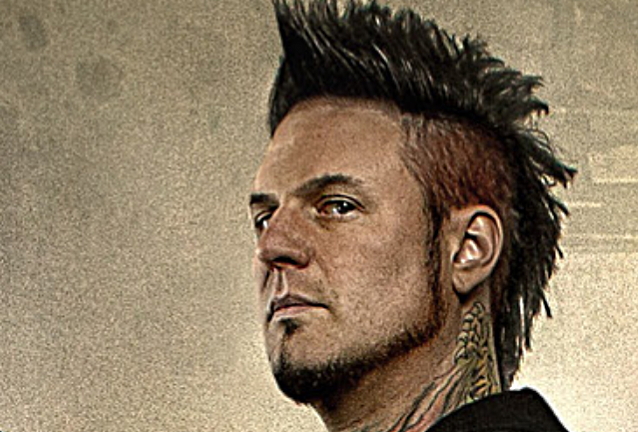 FIVE FINGER DEATH PUNCH guitarist Jason Hook says that MEGADETH leader Dave Mustaine is a "sweet man" who is "wonderful to be around."

MEGADETH is currently on the road in Europe as the support act for FIVE FINGER DEATH PUNCH. The trek kicked off on January 20 in Helsinki, Finland and will conclude on February 22 in Sofia, Bulgaria. The Helsinki concert was MEGADETH's first since Mustaine was diagnosed with throat cancer and its first live appearance in 15 months.

Earlier today, Hook tweeted: "Just had my fist conversation with D Mustaine. Sweet man and had a lot of enlightening information about dealing with his current medical situation... be grateful, life is unpredictable. The Mega D's have been wonderful to be around. Thanks guys"

Last month, Hook underwent surgery to have his gallbladder removed.

Just had my fist conversation with D Mustaine. Sweet man and had a lot of enlightening information about dealing with his current medical situation... be grateful, life is unpredictable. The Mega D’s have been wonderful to be around. Thanks guys ? ~ H00K