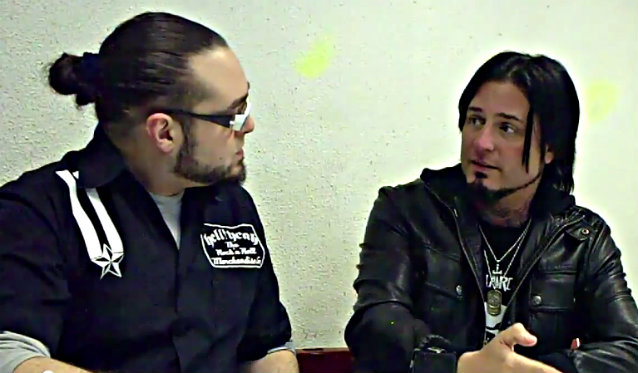 Italian web radio station UnderRadioRock.com conducted an interview with FIVE FINGER DEATH PUNCH guitarist Jason Hook on November 23 prior to the band's concert in Milan, Italy. You can now watch the chat below.

"Volume 1" has sold more than 303,000 copies to date. FIVE FINGER DEATH PUNCH's three previous albums have all gone gold for sales of 500,000 copies or more.