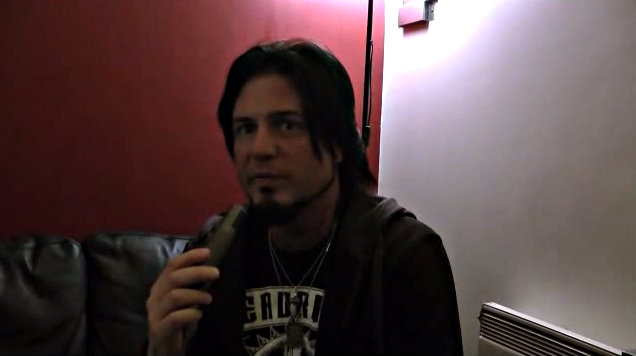 Carmziofa of United Rock Nations conducted an interview with guitarist Jason Hook of Las Vegas metallers FIVE FINGER DEATH PUNCH on November 20 in Paris, France. You can now watch the chat below.

"Volume 1" has sold more than 303,000 copies to date. FIVE FINGER DEATH PUNCH's three previous albums have all gone gold for sales of 500,000 copies or more.