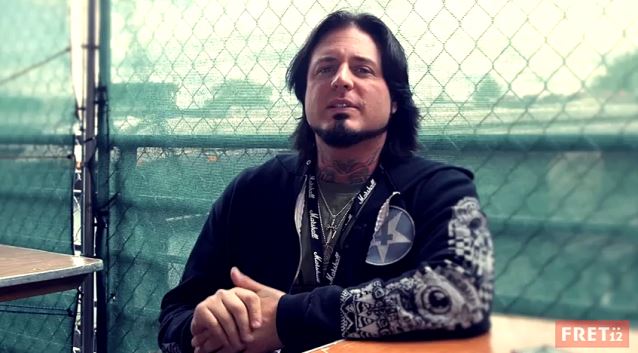 On July 27, Fret 12 conducted an interview with guitarist Jason Hook of Las Vegas metallers FIVE FINGER DEATH PUNCH backstage at the First Midwest Bank Amphitheater in Tinley Park, Illinois. Jason explained how his 18-year long friendship with drummer Jeremy Spencer led to his audition with this band after its first record. Being on the road with ALICE COOPER helped Jason cut his teeth on the live circuit, while his musical skill became an asset to the band's writing and eventually their very unique signature sound. You can now watch the chat below.