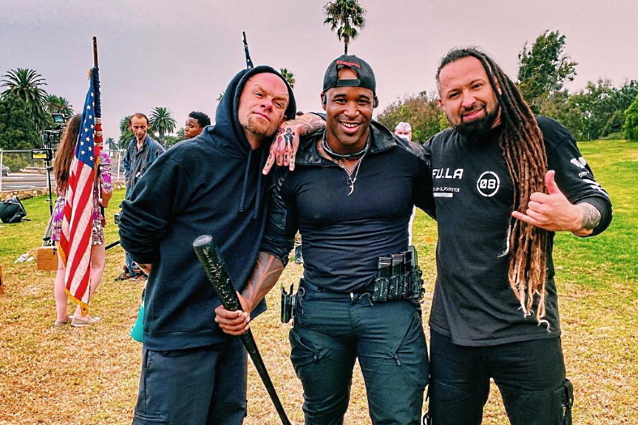 FIVE FINGER DEATH PUNCH is filming a video for "Living The Dream", the latest single from its eighth album, "F8", which came out in February via Better Noise Music.

The follow-up to 2018's "And Justice For None", "F8" capped a turbulent period for FIVE FINGER DEATH PUNCH in which singer Ivan Moody finally got sober after a near-fatal struggle with addiction, while co-founding drummer Jeremy Spencer bowed out of the band due to physical issues.

Last month, FIVE FINGER DEATH PUNCH released "A Decade Of Destruction - Volume 2", the second installment of its greatest-hits collection. The set includes four previously unreleased tracks: "Broken World", a Steve Aoki remix of "Bad Company", a Joe Hahn remix of "Wash It All Away", a Felmax remix of "Trouble" and a new acoustic version of "Wrong Side Of Heaven".