Years prior to MTV and decades before public Internet, there was an intransigent force of high-energy rock 'n' roll that dominated the city of Los Angeles. Lost in oblivion over the past 30-40 years, only a handful of stalwarts survived the new millennium yet these bands and artists set the blueprint for the hair metal, power metal and thrash metal bands that would soon follow and reign over Los Angeles and the entire global hemisphere throughout the '80s and into the 2000s. These artists were the groundbreakers and trailblazers that set the course of heavy metal history!! Yet, for some reason, very little is known about these founding fathers of hard rock and heavy metal music... until now!

Reality Entertainment takes you on a transcendental journey into heavy metal yesteryear in this compelling DVD (the first of many series to come) "Inside Metal: The Pioneers Of Los Angeles Rock And Metal (1975-1981)".

In the mid-'70s throughout the early '80s, cutting-edge hard rock bands such as SNOW, LEGS DIAMOND, SMILE, A LA CARTE, STORMER, AXIS, EULOGY, DANTE FOX, XCITER, THE BOYZ, LONDON, WOLFGANG, SUITE 19, AIRBORN, DETECTIVE, QUIET RIOT (the early incarnation with Randy Rhoads), SOUND BARRIER, MICKY RATT, STEELER, THE GREG LEON INVASION, MAX HAVOC, SORCERY, VENDETTA, THE SHARKS, PRETTY POISON, and many others (including a little-known band from Orange County called METALLICA and another band from Pasadena you may have heard of named VAN HALEN) ruled the Los Angeles and Orange County nightclubs such as The Starwood, The Whisky, Gazzarri's, The Woodstock, The Woodsound, Pasadena Civic Auditorium, The Stardust Ballroom, The Troubadour, The Fleetwood, Valley West, and backyard parties throughout the southland. This DVD features extraordinary interviews with many of the prime players of the late '70s L.A. rock scene and its surroundings, including:

Bob Nalbandian founded The Headbanger in early 1982 when he was just 17 years old, and released the inaugural issue later that year. The seminal fanzine featured articles and interviews that vividly captured the emerging heavy metal scene. 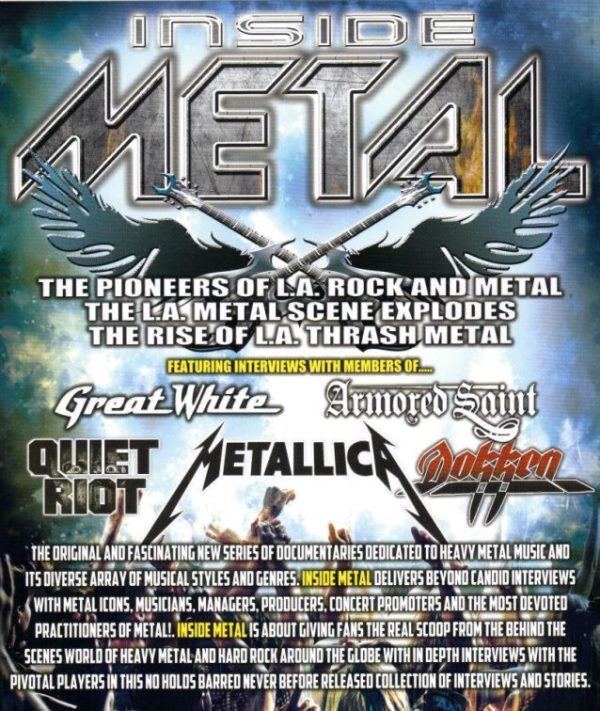