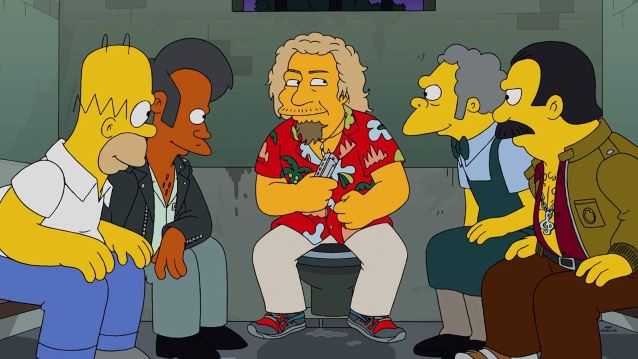 Legendary rocker Sammy Hagar will appear in animated Fox show "The Simpsons" this coming Sunday, November 23 at 8/7 CT. He will guest star in the season 26 episode "Covercraft". In the episode, a midlife crisis leads Homer to pick up the bass guitar and join other Springfield fathers in a cover band that becomes a springboard for an unlikely breakout performer.

This is the first time that Sammy will provide his voice to his character on "The Simpsons", but not the first time his likeness as a character has been featured on the show. Back in 2000 ("The Simpsons" Season 11), Sammy was seen in the crowd at a pseudo-VH1 award show next to Wille Nelson.