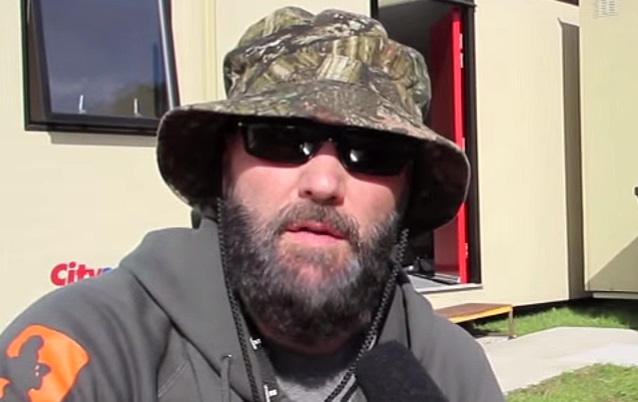 According to AdvertisingAge, eHarmony has hired LIMP BIZKIT frontman Fred Durst to direct three commercials for the dating site. Titled "Caroline And Friend", "Witch/Ogre" and "Bouquet", the spots feature a more light-hearted tone "than I'm used to seeing from eHarmony campaigns," said Durst, "but you can relate to them in a way that makes sense on many different levels for many types of people.

"It was a really amazing experience," he added. "The chemistry was perfect right off the bat. I'd definitely be open to doing something else if they wanted me to."

"Caroline And Friend" is currently testing and can be seen at AdvertisingAge, while "Witch/Ogre" and "Bouquet" will hit the market in August and September.

This isn't Durst's first time in the director's chair. He directed two films in the late 2000s: "The Education Of Charlie Banks", starring Jesse Eisenberg and Jason Ritter; and "The Longshots", the touching tale of an 11-year-old girl who became the first female to play in the Pop Warner football tournament (rapper/actor Ice Cube played the coach). This is the second set of commercials he's directed; the first was done for MyCleanPC earlier this year.