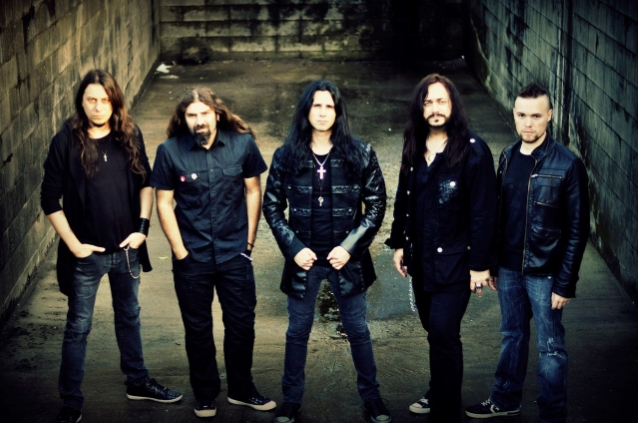 The collaboration between FIREWIND and AFM already started with the band's last album, "Immortals", which AFM released in the North American territory. Subsequently, Gus signed with AFM for the release his solo albums.

Gus states: "After working together with AFM Records on my latest solo album, 'Fearless', and seeing the great results that were achieved, the passion and care they put into the project, it felt natural to extend our partnership and bring FIREWIND under the same roof. This is something I'm very excited about and I'm also happy to announce that we're already working on the follow-up of 'Immortals'. We plan to enter the studio after our summer tour with QUEENSRŸCHE wraps up in August. Stay tuned for further announcements!"

"Immortals" marked the first time FIREWIND used an outside co-producer, having worked with Ward, who not only engineered, mixed and mastered the album, but also co-wrote it together with Gus. The disc was also FIREWIND's first release with singer Henning Basse (METALIUM, SONS OF SEASONS), who previously toured with the band on various continents in 2007 and was the singer in Gus's solo touring group.