"Serpent Of The Ocean", the new video from FIRESPAWN — the Swedish death metal project featuring Lars Göran Petrov (vocals; ENTOMBED) and Victor Brandt (guitar; ENTOMBED), Alex Friberg (bass; NECROPHOBIC), Fredrik Folkare (guitar; UNLEASHED, NECROPHOBIC) and Matte Modin (drums; DARK FUNERAL, DEFLESHED) — can be seen below. The track is taken from FIRESPAWN's sophomore album, "The Reprobate", which will be released on April 28 as a digipak CD, deluxe LP (with gatefold sleeve, 180-gram vinyl, poster, inlay and the entire album on CD) and as a digital download/stream via Century Media. The follow-up to 2015's "Shadow Realms" is described in a press release as "a merciless piece of evil, ferocious and blasphemous death metal."

The LP version of "The Reprobate" is available in the following colors: 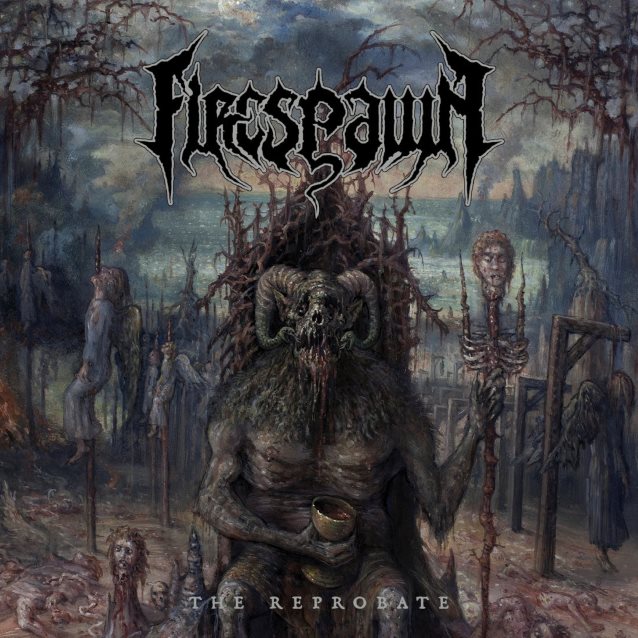