"Led Zeppelin Then As it Was - At Knebworth 1979 (Fully Revised & Updated Edition" (Tight But Loose Publishing), written and compiled by Dave Lewis, is available to order exclusively from www.tightbutloose.co.uk.

In August 1979, thousands of fans came to pay homage to LED ZEPPELIN as they performed what would be their last U.K. shows at Knebworth.

Dave Lewis chronicles this milestone event in rock history with the full story behind the band's triumphant return to the stage — the build-up to the event, the concerts themselves, the aftermath and the accompanying impact of their final studio album, "In Through The Out Door". The book also incorporates extensive first-hand accounts from fans who attended the gigs, interviews from the time, retrospective views plus bootleg and statistic appendix chapters — all fully illustrated in full color, with many rarely seen photos and memorabilia images.

Lewis first heard the music of LED ZEPPELIN in 1969 at the age of 13. The effect has been a lasting one.

He is acknowledged and respected throughout the world as a leading chronicler of the group and its individual members.

Dave is the editor and founder of the long running and acclaimed LED ZEPPELIN magazine Tight But Loose. Established in 1978, it reaches out to LED ZEPPELIN fans in over 20 countries across the world. Each issue is a 32-page, full-color presentation of features and interviews chronicling the world of LED ZEPPELIN and related artists past and present, and is designed to take every reader back to the music with fresh perspective.

Dave was lucky enough to attend 15 LED ZEPPELIN concerts — at Wembley Empire Pool in 1971, Alexandra Palace 1972, five shows at Earls Court 1975, the two Knebworth dates in 1979, five times on their final "Over Europe" tour in 1980 and the O2 reunion in 2007. He has attended various Jimmy Page and John Paul Jones gigs and has witnessed Robert Plant perform live on over 100 occasions.

In his role as editor, publisher and freelance journalist, Dave continues to chronicle the work of LED ZEPPELIN and the solo projects of the ex-members, via the Tight But Loose web site, magazine and books. He lives in Bedford with his wife Janet, and has a daughter, Samantha, and son, Adam. 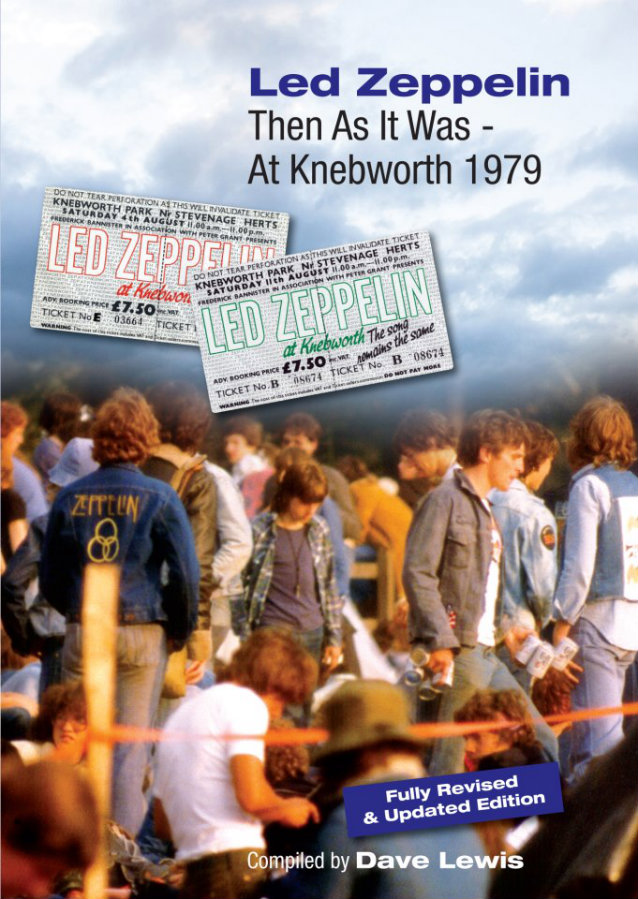