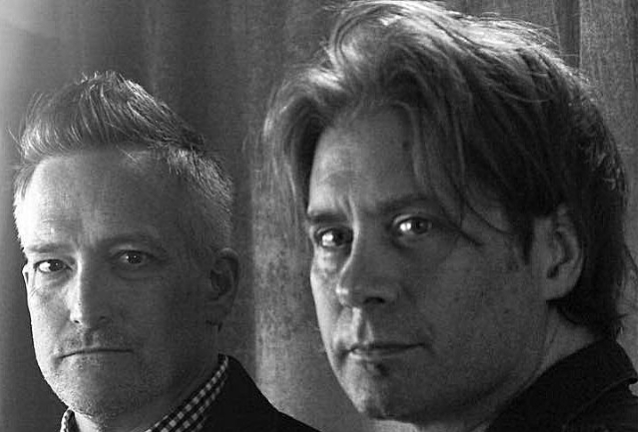 Last fall, it was announced that Patrick and Liesegang were rejoining forces to create a new record. A PledgeMusic campaign was launched and the project was given a tentative title, "ReBus", as a nod to FILTER's 1995 debut, "Short Bus".

Earlier today, Patrick took to FILTER's Facebook page to share a trailer for the upcoming 20th-anniversary reissue of FILTER's "Title Of Record". In an accompanying message, he wrote: "reBus is noBus!!! Due to the PledgeMusic debacle there will be no rebus record featuring Brian Liesagang. Instead we are celebrating the 20th anniversary of 'title of record'" (Direct-to-fan music platform PledgeMusic recently came under fire for missing thousands of dollars in payments to artists, and now appears headed for bankruptcy.)

Richard has successfully led and spearheaded FILTER for the last 20 years, releasing many platinum records (including "Title of Record" and "The Almagamut"). Brian has been working with many others, spanning from Billy Corgan (SMASHING PUMPKINS), Sir Paul McCartney to the Dalai Lama. Both have been scoring and contributing music for motion pictures, video games, television shows, commercials, and different technological endeavors.

Due on August 9 via Craft Recordings, the deluxe, 20th-anniversary reissue of "Title Of Record" will see the album remastered and available on vinyl for the first time, as well as on CD and digital. All formats are expanded featuring four bonus tracks: "(Can't You) Trip Like I Do" (originally recorded for the cult-classic soundtrack "Spawn The Album"), "Jurassitol" (previously released on "The Crow: Original Motion Picture Soundtrack"), plus remixes of the singles "The Best Things (Humble Brothers Remix)" and "Take A Picture (H&H Remix)". Both the two-LP set, and CD will feature new liner notes by author, journalist, and "Side Jams" podcast host Bryan Reesman. The expanded digital album also offers five additional rarities, including a live version of "Take A Picture", "The Best Things (Dub Pistols Club Mix)" and more.

reBus is noBus!!! Due to the PledgeMusic debacle there will be no rebus record featuring Brian Liesagang.

Instead we are celebrating the 20th anniversary of “title of record”