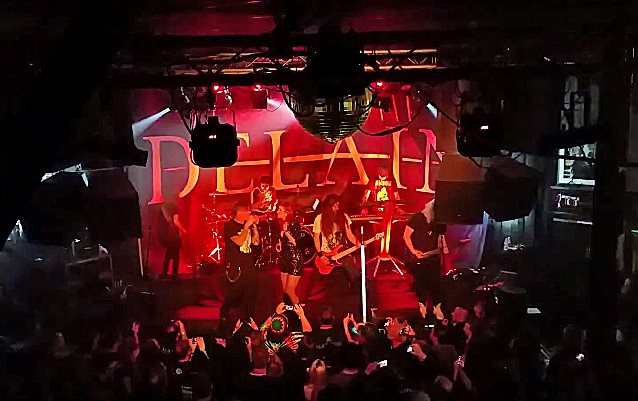 FEAR FACTORY frontman Burton C. Bell joined Dutch female-fronted symphonic metallers DELAIN on stage last night (Tuesday, May 9) at the Whisky A Go Go in West Hollywood, California to perform the song "Where Is The Blood". Video footage of his appearance can be seen below.

Bell appeared on the studio recording of "Where Is The Blood", which was included on DELAIN's third album, 2012's "We Are The Others".

DELAIN previously stated about how the Bell collaboration came about : "We met Burton at the Wacken Open Air festival [in 2010] and stayed in touch afterwards. When we were working on [the song] 'Where Is The Blood', we didn't hesitate to contact him for cooperation. He's done such an amazing job on the song turning the song into a most violent duet; his exceptional, raw voice fits perfectly to this song!"

FEAR FACTORY was the subject of unfounded breakup rumors last week when the band's former bassist-turned-guitarist Christian Olde Wolbers posted a since-deleted eulogy for FF on his Instagram. He wrote "RIP Fear Factory" and appended that post with the hashtag #GrownAssMenThatCantWorkOutShit.

FEAR FACTORY is currently in pre-production for the follow-up to 2015's "Genexus" album, tentatively due in early 2018.

DELAIN and HAMMERFALL have joined forces for a co-headline North American tour. This trek marks DELAIN's first run of U.S. dates in support of its new album, "Moonbathers", which was released last August. 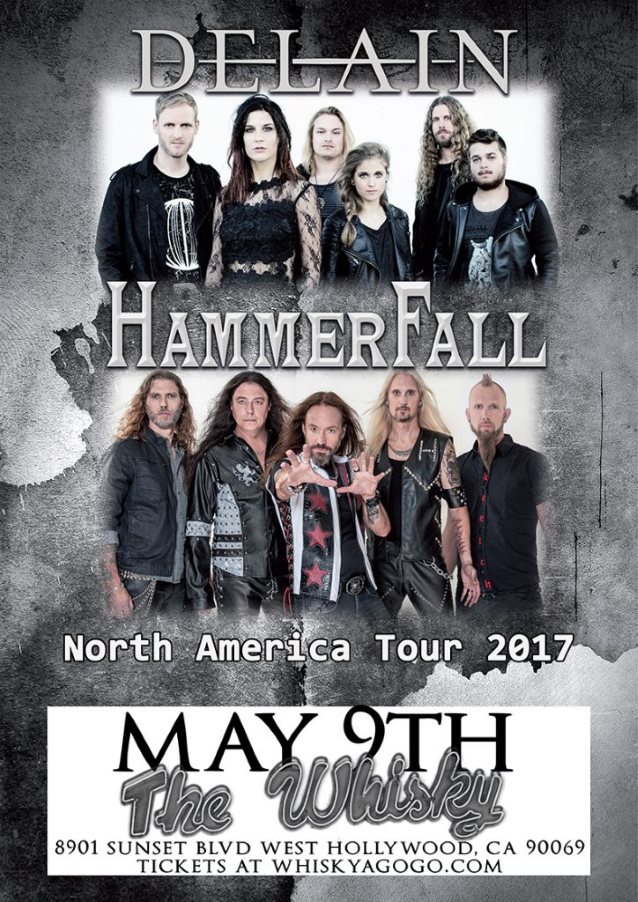