Commented Heller: "It is an incredible honor to be chosen as the new drummer for FEAR FACTORY! It's something I never would have dreamt of as a kid listening to 'Soul Of A New Machine' and 'Demanufacture' over and over again in middle school. It's also an incredible honor to be following in the footsteps of two of the most amazing and influential drummers in metal drumming history. I hope to continue their legacy, creating some of the most forward-thinking and innovative music available today."

A two-minute trailer for "The Industrialist", the new album from FEAR FACTORY, can be seen below. Due in North America on June 5 via Candlelight Records, the CD is a conceptual record based around a story written by vocalist Burton C. Bell. Lyrics to the album's ten songs divulge the narrative as discussed recently by Bell with Decibel magazine. The album's artwork was created by American designer Anthony Clarkson with additional direction from the band. The album will be available on three formats — standard CD, a limited edition deluxe digi-book (featuring two additional songs), and 180-gram double vinyl.

Bell notes, "The protagonist (The Industrialist) is the incarnation of all industries in the form of an automaton. The mechanical, technological, and scientific advances through the industrial age led to the creation of The Industrialist. In the story, the automaton becomes sentient as it collects memories with each passing day. Through observation and learning, it gains the will to exist. What was meant to help man, will eventually be man's demise."

"The Industrialist" again pairs FEAR FACTORY with producer Rhys Fulber. Mixed by Greg Reely (PARADISE LOST, SKINNY PUPPY, MACHINE HEAD), with additional tracking by Logan Mader (GOJIRA, DIVINE HERESY), the album is the second written by Bell and guitarist Dino Cazares since reuniting in 2009 after a seven-year split. Cazares says, "Collaborating with Burton again on the new album was like magic. Everything just fell into place naturally. It felt good to recapture the true sound of FEAR FACTORY, taking it back to where it all started while raising it to new levels." Regarding Fulber, Cazares says, "Rhys has been our secret member. He is the one producer who has been able to understand what we have been trying to accomplish from the beginning and has opened our eyes to new things without sacrificing our original sound. His production and keyboard talents has made FEAR FACTORY stand out amongst the many bands of our genre."

* Available on deluxe digibook only

The album's lead single, "Recharger", will be available via iTunes, Amazon and other online retailers beginning April 24.

FEAR FACTORY's first tour dates since 2011 kick off with four performances in South America, including Brazil, Argentina, and Chile, before starting American dates in San Antonio on May 1. Support on the trek will come from SHADOWS FALL, THE BROWNING, THE DEVASTED and LEGACY OF DISORDER. 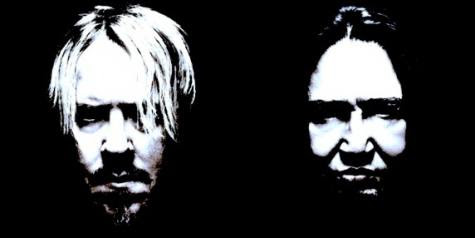