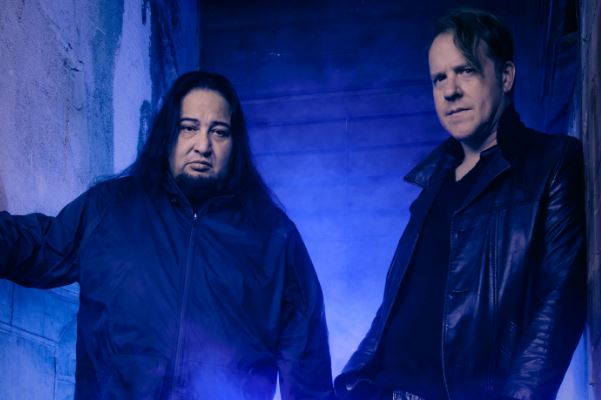 FEAR FACTORY is filming a video today for the song "Dielectric" with director Ramon Boutviseth, who has previously worked with TRIVIUM, NONPOINT, DARKEST HOUR, INCUBUS and ALL THAT REMAINS, among others.

A clip from the video shoot can be seen below.

"Dielectric" is taken from FEAR FACTORY's new album "Genexus", which will be released on August 7 via Nuclear Blast Entertainment. The follow-up to 2012's "The Industrialist" was co-produced by longtime collaborator Rhys Fulber, along with guitarist Dino Cazares and vocalist Burton C. Bell and mixed by Andy Sneap (ARCH ENEMY, TESTAMENT, EXODUS, MACHINE HEAD). Artwork was once again handled by Anthony Clarkson. Drums on "Genexus" were performed by Mike Heller (MALIGNANCY).