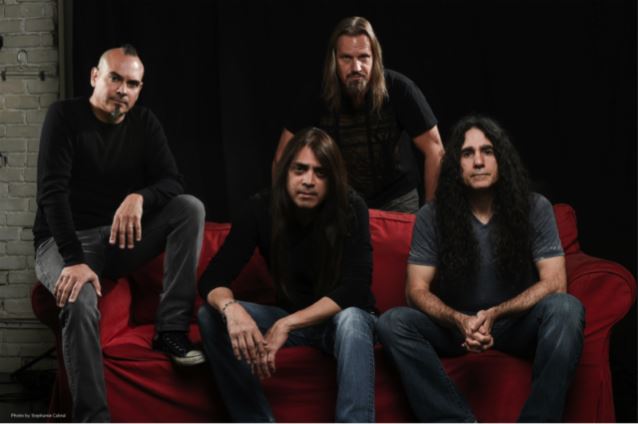 The trek will take place in January/February 2017 and will feature ARMORED DAWN in the opening slot and one more band, to be announced soon.

FATES WARNING vocalist Ray Alder commented: "We are happy to finally announce the tour dates for the first leg of our world tour for 'Theories Of Flight'!

"We are very excited and cannot wait to hit the road with the new album!

"There will be more dates announced soon, as well as a few surprises, so keep an eye out...

"We look forward to seeing you all on this next tour! See you soon!"

In other news, FATES WARNING has just completed filming a video for the song "Seven Stars". The clip will make its online debut soon.

"Theories Of Flight" was released on July 1 via InsideOut Music. The cover artwork for the CD was created by Michigan artist Graceann Warn.

Alder stated about the album: "We began writing the music for 'Theories' while we were still touring for [2013's] 'Darkness In A Different Light'…

"I believe that the anticipation to write another record was due to the fact that we were once again touring and playing new material after nine years of playing the same songs.

"It was exciting to be on stage again and we looked forward to getting back in the studio. I also believe that our fans were happy to finally having something new to listen to.

"I/we are very happy with the way that 'Theories' turned out. Jim and I collaborated practically every day on the new album for over a year until we actually went into the studio. There were many different versions of the songs until they were finally complete, and I believe it shows in the final product.

"I think that Jim did an excellent job producing the new album. The material is, I believe heavier than what people are used to from us, as well as my vocal style. We wanted something different than 'Darkness' but something that still carried a lot of melody."

Matheos had this to say about the title and the artwork for the "Theories Of Flight" album: "The working title for the album was 'The Ghosts Of Home' and the song with that name was first called 'Home Again'. When I started searching for artwork, I came across the piece that's now the cover and it was called 'Theories Of Flight'. In fact, the title you see on the cover is part of the original art, not something we added. There's a loose theme running through a lot of the lyrics, and this developed organically and separately, where Ray [Alder, vocals] and I are often writing about various uprooting, escapes….flights. So I was immediately drawn to that phrase as being a better description of what some of the songs are about." 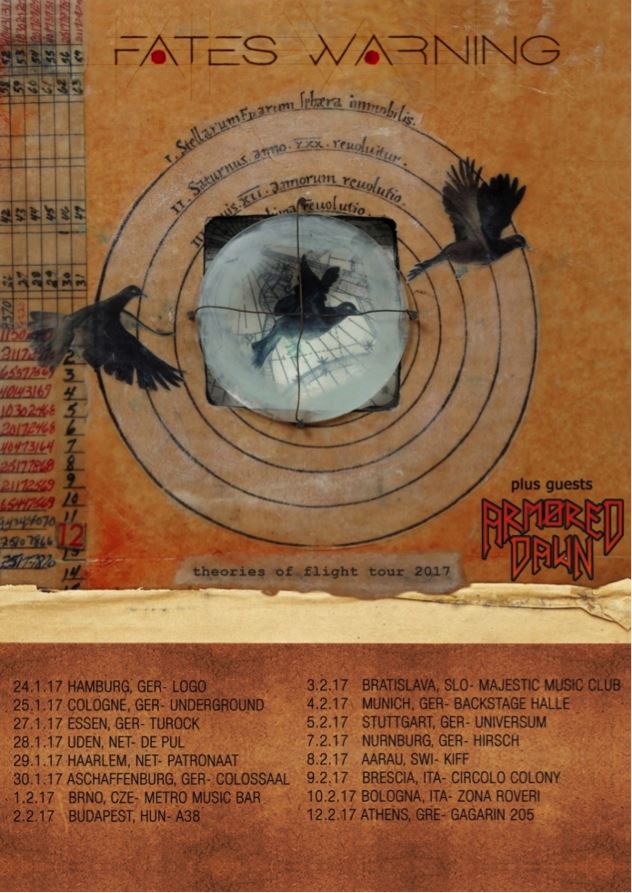