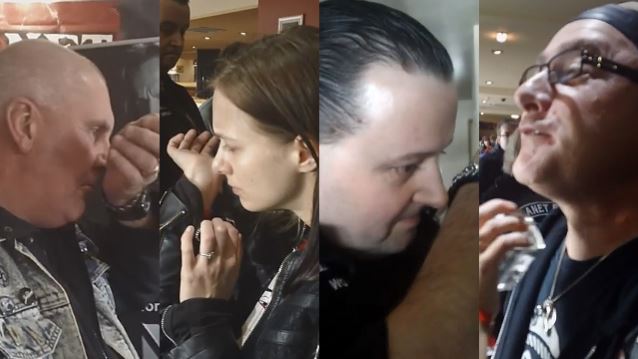 On Sunday, December 7, fans attending the Planet Rockstock festival at Park Dean Holiday Park, Porthcawl, Wales, United Kingdom had an opportunity to sample Metal For Men and Metal Pour Femme, the new exciting fragrances former JUDAS PRIEST guitarist K.K. Downing developed alongside The Astbury Fragrance Co.. Video footage of the fans' reactions to being sprayed by the fragrances can be seen below.

Asked how he came up with the idea for Metal For Men and Metal Pour Femme, Downing told Planet Rock: "I think I just woke up one morning and thought of the word 'metal' and I thought 'metal for men' and I thought, straight away, I thought, 'What could that relate to?' And I don't know why I thought about it, but I thought there's nothing out there on the market that's associated with rock and metal fans in respect to fragrances and stuff. And I guess that, combined with my mum asking me continually what I want for Christmas and stuff, and it just came about. And it just so happens I had a friend who had associations with fragrances before, and it came about very, very quickly."

The Astbury Fragrance Co. has made available a number of special-edition versions of both Metal For Men and Metal Pour Femme which are personally signed by K.K.

Downing said: "These fragrances both look and smell fantastic and I think that they are the ideal gift for all rock and metal fans this Christmas!"

"Metal" fragrances are now available to pre-order as limited editions, are all individually signed by K.K. and are available from the Planet Rock shop as a 100ml Eau de Toilette for men and a 50ml Eau de Parfum for women, with the gift set for men also containing the Eau de Toilette and a luxury shower gel. 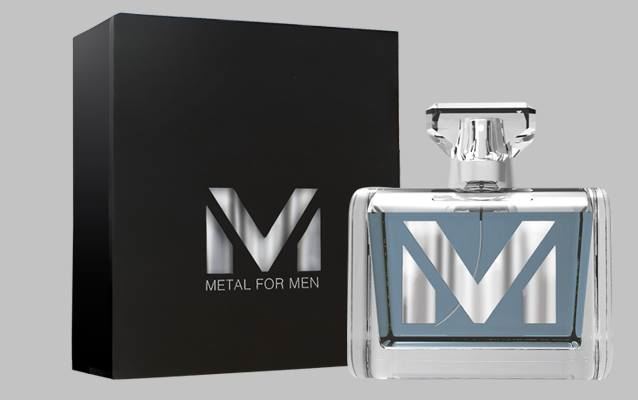