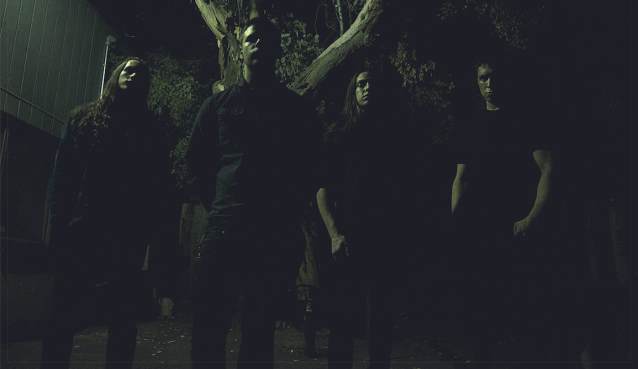 San Francisco-based death metal outfit FALLUJAH will release its new album, "The Flesh Prevails", on July 22 via Unique Leader Records. The follow-up to 2011's "The Harvest Wombs" was mixed, mastered and engineered by Zach Ohren (ANIMOSITY, SUFFOCATION, ALL SHALL PERISH) at Sharkbite Studios in Oakland, California over the course of a few months and features guest appearances by Christian Muenzner (OBSCURA, NECROPHAGIST) and the voice of Roniit Alkayam. The cover artwork was a collaborative effort between Poland's Tomasz Alen Kopera and the band's vocalist, Alex Hofmann.

The song "Carved From Stone" from "The Flesh Prevails" can be streamed using the SoundCloud widget below.

Comments vocalist Alex Hoffmann: "'Carved From Stone' is our most aggressive track; a subtle departure from the ethereal tracks that characterize the rest of the album. The song has a relentless momentum, paired with energetic and suggestive lyrical content; you will surely be hearing this track live this summer."

"The Flesh Prevails" will be made available during FALLUJAH's participation in this year's Summer Slaughter Tour alongside MORBID ANGEL, DYING FETUS, THE FACELESS, GOATWHORE and more.

Formed in the San Francisco Bay Area in 2007, FALLUJAH has displayed a rugged work ethic, investing countless weeks on the road in North America and internationally. The band's commitment to crafting forward thinking music has helped them build their own diehard fanbase from the ground-up through several releases, including 2009's "Leper Colony" EP, 2011's "The Harvest Wombs" debut LP, and most recently, their 2013 "Nomadic" EP. 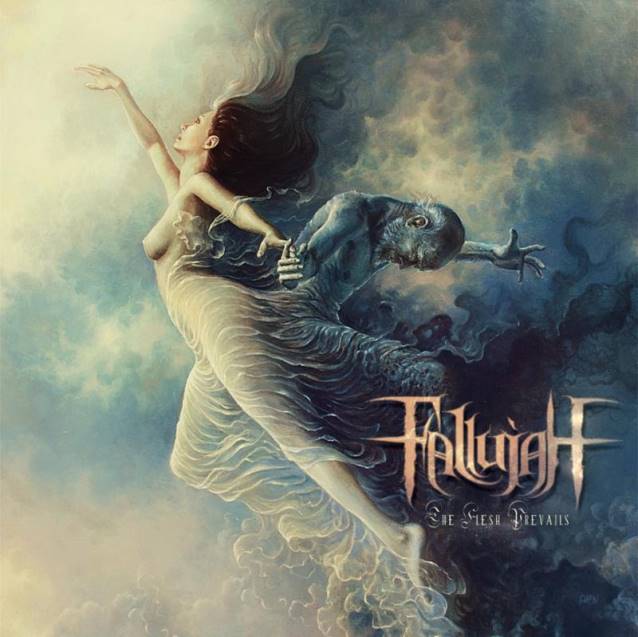