Tickets for the newly announced shows are available this Friday, December 6 at 10 a.m. local time.

The influential alt-metal act announced last month that it will return to the road in early 2020, five years after the release of the group's acclaimed reunion album, "Sol Invictus".

"Five years, four colonoscopies, two root canals and a handful of prostate exams tell us that it's time to carpe diem our asses back to Europe asap," the band said in a statement.

Last year, keyboardist Roddy Bottum said that he had been making new music with his FAITH NO MORE bandmates Mike Bordin and Billy Gould.

"I will periodically go to San Francisco and make music with those guys," he told "The Ring, The Cage, And The Stage". "What we do is a really special, unique thing that we kind of share — especially like me and Mike Bordin and Billy… We were super young — we were, like, 18 [or] 19 years old — when we started making music, so we kind of get in the room and we have a language that speaks really loud and really clear, at least to the three of us. I mean, where it goes is questionable, but we have sort of a language that's kind of undeniable in a really sort of family sense. And I think we all acknowledge that it's not something that any of us wanna turn our backs on, and it's kind of fun to do. So in the hopes of pushing things forward and making new music, we continue to do that, to get together and make new sounds and just have a dialogue about prospects and songs and where we go in the future."

In 2017, FAITH NO MORE singer Mike Patton told Full Metal Jackie's nationally syndicated radio show that the band was "on an extended break." He added: "And if something happens, it'll happen organically and naturally. But I kind of don't think it will. I kind of feel like we've tipped the scales a little bit. But we'll see. Who knows? I've learned my lesson not to say 'no.'"

Chuck Mosley, who sang on FAITH NO MORE's first two albums, died in November 2017 "due to the disease of addiction," according to a statement from his family. He was 57. 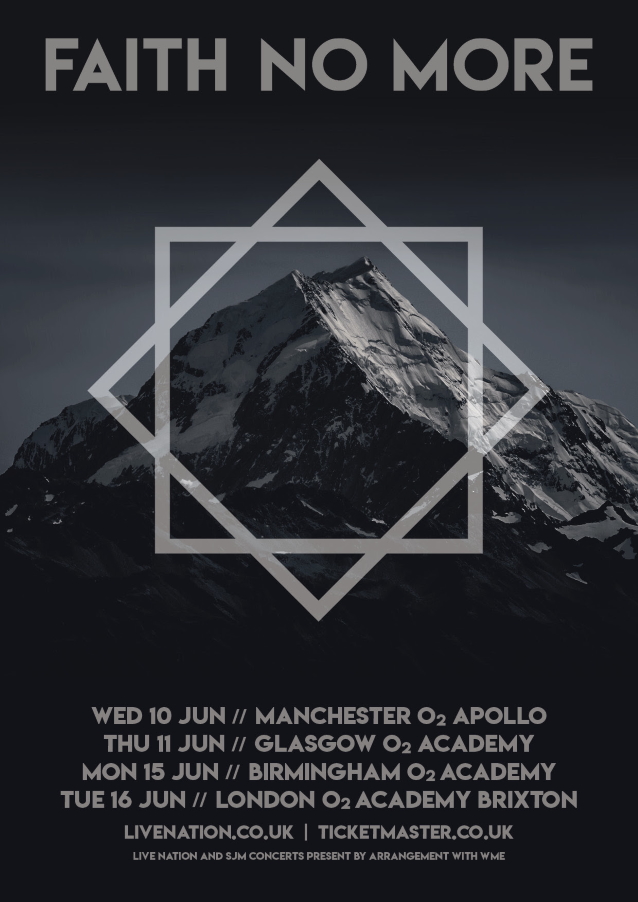