German rockers FAIR WARNING will release their new album, "Pimp Your Past", on October 28 through Steamhammer/SPV. The effort features 2016 versions of the most important tracks from the band's first three studio albums, "Fair Warning", "Rainmaker" and "Go!", originally released between 1992 and 1997. Every single note sees FAIR WARNING underline the motto which they have chosen for themselves: a good song will always remain a good song. At the same time, it's an integral part of the "Pimp Your Past" concept that the arrangements of some of the new versions differ significantly from the originals. As bassist Ule Ritgen puts it so aptly: "When our Japanese record company approached us with the request for this kind of album, we were skeptical to start with. But once we had made up our minds to not simply re-record the material but furnish it with a few fresh arrangements, the project gained momentum and we were gripped by a kind of eagerness to explore the possibilities. Especially since the new recording are very energetic and sound excitingly different in parts while their essence has remained the same. You can tell that the originals have a lot of substance and that their quality is extremely robust."

So it comes as no surprise that the unmistakable spiritedness of this band, which has been on the scene for 25 years and is now throwing a new light on the beginning of their career with "Pimp Your Past", is also reflected in the album's unusual cover artwork. "We've run out of dragons. Unfortunately, they're extinct," jokes Helge Engelke and gets to the serious core of the matter: "Of course people may wonder what this 'arty stuff' is all about. In view of the term 'pimp,' a cover featuring old cars would probably have been the logical thing to go for. But honestly: who wants something normal? And after all, monkeys also stand for an early stage of the evolution of man, so the album title and the cover fit together really well. To put it in a nutshell: we played with our origins on 'Pimp Your Past', which was not only a lot of fun but is also expressed in this particularly humorous artwork."

"Pimp Your Past" track listing: 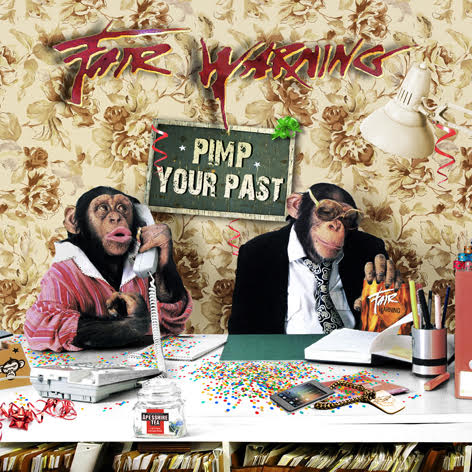