EYES OF NOCTUM, the California-based black metal band fronted by Weston Coppola Cage (son of actor Nicolas Cage), will perform at the Knitting Factory in Los Angeles, California on November 14.

EYES OF NOCTUM recently posted a song called "Renaissance Prosperity" on its MySpace page. The track comes off the group's forthcoming debut album, "Awakening", tentatively due in April 2009 through Morbid Rose Records.

This is Entertainment reporter Amber Bollard conducted an interview EYES OF NOCTUM at the launch of Fulcage clothing line's fall/winter 2008 collection on October 23, 2008 in West Hollywood, California. Watch the footage below.

In a July 2007 interview with Wizard Entertainment, Weston stated about his musical preferences, "I'm really into the kind of music that comes from Norway called black metal. It's the type of music that's really, really raw. But some bands like CRADLE OF FILTH like to add melodic factors to it, which I do myself, and what that does is create a very powerful piece that incorporates strong melodic backgrounds that could be rather like Bach or something very symphonic." 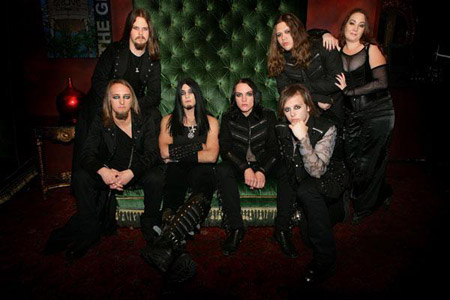