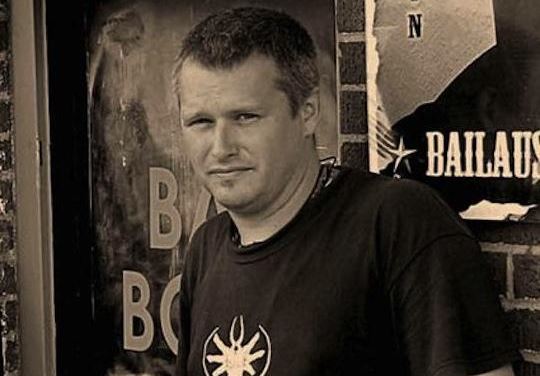 "Joseph M. LaCaze, New Orleans native and drummer for EYEHATEGOD, MYSTICK KREWE OF CLEARLIGHT and OUTLAW ORDER, passed away on August 23rd in New Orleans after a very successful five-week U.K. and European tour with EYEHATEGOD. He also performed ceremonial voodoo drumming and in numerous solo experimental electronic projects. Doctors confirmed to family members the cause as respiratory failure. He also suffered from severe long-term asthma.

"An account is set up for the benefit of his daughter Lilith LaCaze. Checks can be made payable to the Lilith LaCaze or Joseph LaCaze donation fund at any Capital One bank in any city."

It was recently announced that EYEHATEGOD would make an appearance at Philip Anselmo's first annual Housecore Horror Film Festival this fall in Austin, Texas.

Since forming in 1988, EYEHATEGOD has defied all odds and continues to exist and persist despite personal and professional setbacks. They've been called doomcore, sludge and stoner rock, survived line-up shuffles, label hassles and a short-lived split. And after more than two decades of creating some of the most corrosive, vile music known to man, EYEHATEGOD still hasn't lost the piss and vinegar that fueled it back the late Eighties.