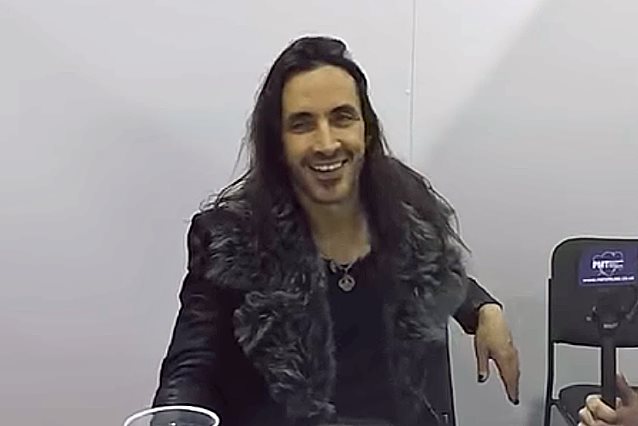 During an interview with Professional Music Technoology conducted at this year's NAMM show, EXTREME guitarist Nuno Bettencourt revealed that he doesn't listen to his own music once it has been written and recorded. "I've never listened to any [of my records]… or watched any live footage of anything I've ever done," he said (see video below). "I can't do it. I don't wanna know about it. I remember what happened when I was there, and I wanna remember it that way. When I listen to it, I just start, like, picking it apart, I start going, 'Why did we record it? I hate all of it.' So I tell, 'Nobody send me anything. Don't send me links. Don't send me clips. I don't wanna see myself. Thank you very much.'"

EXTREME's long-awaited follow-up to to 2008's "Saudades de Rock" album is tentatively due in late spring or early summer.

EXTREME singer Gary Cherone told Metalholic last October that the band's fans will be pleased with the musical direction of the group's new material. He said: "There will be, like all EXTREME records, familiar elements, but also stuff… Over the years, when Nuno and I write, we're affected by our environment and music changes throughout the years, so those elements… There will still be some new elements to the band as well. Hopefully that always happens; you always wanna grow and evolve and move on. But the guitars will be there, the harmonies will be there, the songs, the hooks, the lyrics… There'll still be elements of the past, but certainly new elements [as well]."