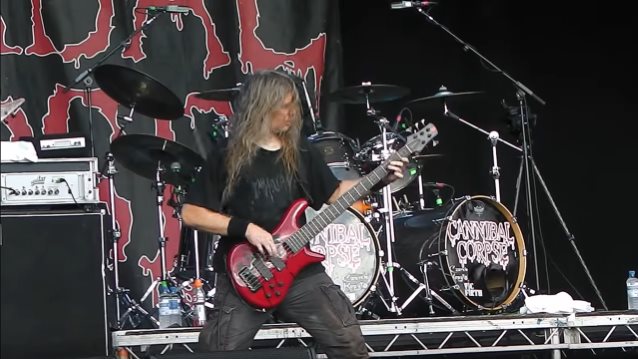 The new species, Websteroprion Armstrongi, has a unique morphology and possessed the largest jaws recorded from the entire fossil record, reaching over one centimetre in length while usually being in the mm-size range. Investigation of the relationship between body and jaw size suggests that this animal achieved a body length in excess of a meter, which is comparable to that of extant "giant eunicid" species, colloquially referred to as "Bobbit worms" (the colloquial name is bizarrely enough derived from the infamous "Lorena and John Wayne Bobbit story." Don't know it? Well, Google it!).

Gigantism in animals is an alluring and ecologically important trait, usually associated with advantages and competitive dominance. It is, however, a poorly understood phenomenon among marine worms and has never before been demonstrated in deep time based on fossil material. The new species demonstrates a unique case of polychaete gigantism in the Palaeozoic, some 400 million years ago.

As suggested by Rudkin, the species epithet honors Derek K. Armstrong, who collected the material in 1994. The new genus name, Websteroprion, however honors Alex Webster; bass player of death metal pioneers CANNIBAL CORPSE. The study was headed by paleontology Professor Eriksson, who also happens to be a "metalhead," and has previously named fossil species after both Lemmy Kilmister and King Diamond. Along those same lines, second author PhD student Parry recently named a muscular fossil polychaete after Henry Rollins. Being die-hard fans of Webster's extraordinary bass playing technique and the music of CANNIBAL CORPSE, Eriksson and Parry found it suitable to honor Webster with this extinct monster worm. In the article, the authors explain the name by stating that it is "named after Alex Webster — a 'giant' of a bass player — combined with 'prion' meaning saw". They also conclude that this primordial marine giant must have been fierce and creepy looking, which fits well with the amusingly graphic lyrics of Webster's band.