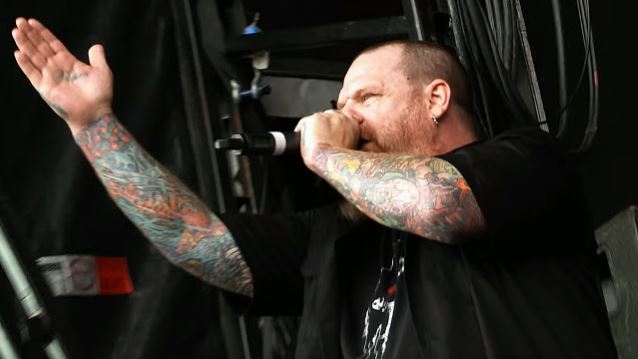 Thrash metal legends EXODUS will be rejoined by their former singer Rob Dukes on stage during their July 8 concert in San Francisco, California. Dukes will sing several songs with the band during the second of EXODUS's two-night stint at The Chapel in what will mark the group's first headlining Bay Area club shows since late 2013. Also appearing with the band at Saturday's gig will be former EXODUS guitarist Rick Hunolt as well as possibly ex-EXODUS drummer Paul Bostaph (now in SLAYER).

He continued: "Most of those songs are second nature to those who played on them. It's just a matter of getting it together. Hell, I need to call him, but I think we've even got Paul Bostaph coming up to play drums on a song. It's going to be a really cool night."

Holt also confirmed that EXODUS is "hoping to be in the studio late this year or early 2018" to begin recording the follow-up to 2014's "Blood In Blood Out" album.

He said: "Last year right before Halloween, SLAYER finished touring and I had six months off. I've just been writing [new EXODUS music] the whole time. Tom Hunting [EXODUS drummer] and I have gotten together to jam and are starting to flesh out the next record."

Regarding the musical direction of the new EXODUS material, Holt said: "Of the stuff I've written so far, I think the songs are shorter, but I think they're also at the same time more progressive than the last album. It's a little outside the box. It's really super crushing, but I think people will be surprised.

"It's an EXODUS album, but as of now, the stuff Tom and I have been putting together is a bit different," he added. "It's got those subtle changes that make for a departure, but it will still stay true to the core of the band's sound."

During a November 2015 appearance on the "Opie And Jim Norton" talk show, Dukes stated about his EXODUS stint: "It ran its course. And then… You know, they ended it really shitty. I'd been touring with them for almost ten years. And they got new management, and I could slowly feel the edge slipping away."

He continued: "You know how you always look back at shit and you [go], 'Ahh… I should have just quit.' I was unhappy. I didn't like the new music they were writing. I thought it was shit. And I voiced my opinion. It turned everyone against me, and that was it."

Asked why he thought EXODUS's new music was "shit," Dukes responded: "There was just no passion in it. It was just regurgitated shit that we had just done and done over and over again. There was no life to it, so I just kind of started to separate myself. And then… I was under a lot of [pressure]. I was getting married, I was moving, I had a ton of shit going on. And they had fired me on my honeymoon — like, three days after my wedding, which really just sucked balls. And honestly, I've never heard from any of them. And it just kind of left me a little angry. But I'm over it now. I'm fucking doing way better than I ever have before."

Holt in 2014 defended the way EXODUS fired Dukes, saying that "much time" was spent mulling the decision before the final move was made. He also shot down Internet speculation that the split with Dukes was motivated by financial reasons or that it was masterminded by TESTAMENT singer Chuck Billy, who co-founded EXODUS's management company Breaking Bands LLC. "It isn't for the money [and] Chuck did not orchestrate this," Holt said. "There were issues behind the scenes and we came to a conclusion." 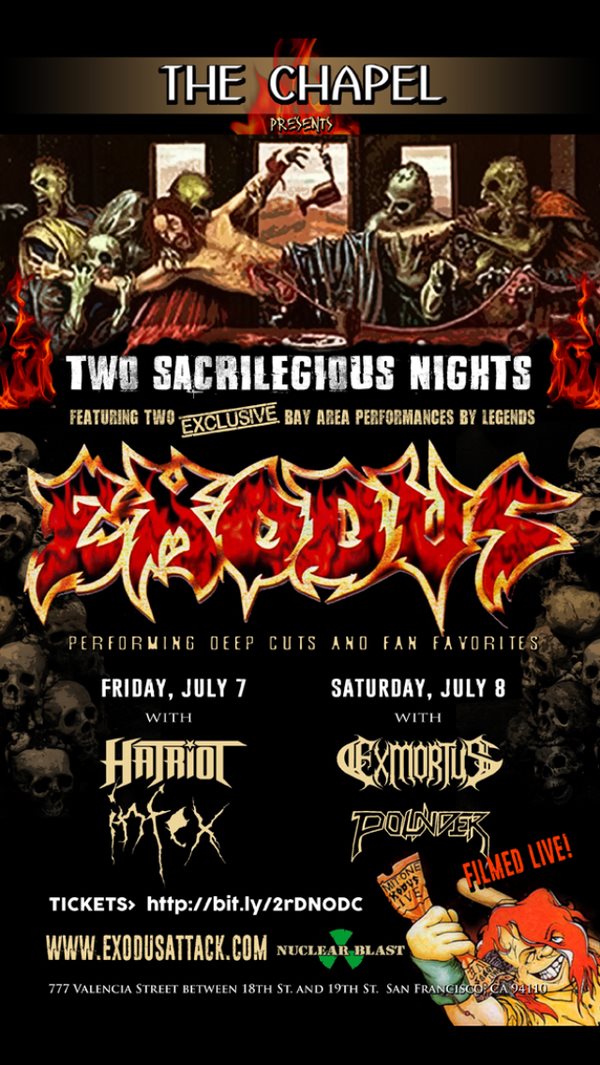