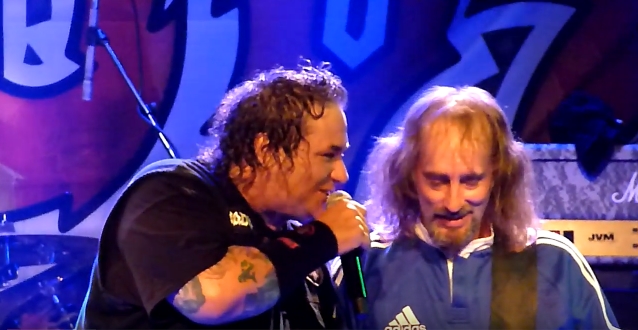 Former EXODUS guitarist Rick Hunolt rejoined his bandmates during their concert last night (Tuesday, September 18) at Slim's in San Francisco. Hunolt came up on stage to perform a short snippet of a cover version of METALLICA's "Motorbreath" as well as an electrifying renditions of the EXODUS classics "The Toxic Waltz" and "Cajun Hell".

EXODUS's last album, 2014's "Blood In Blood Out", was notable for featuring a guest appearance by former EXODUS guitarist Kirk Hammett, who left the band in 1983 to join METALLICA.

Drummer Tom Hunting said in a 2017 interview that he would be open to having Hammett guest on EXODUS's next album as well. "We'll bring Kirk back, if he wants to come in and do a solo, for sure," he told Metal Wani. "And there might be a Rick Hunolt sighting on the new record too; you never know.

Singer Steve "Zetro" Souza is now on his third stint with EXODUS, having previously fronted the band from 1986 to 1993 and 2002 to 2004. A decade following his second departure, Souza returned to the fold in 2014, just in time to appear on "Blood In Blood Out".

Souza has said in recent interviews that EXODUS will wait for Holt to complete his touring activities with SLAYER before they officially begin work on the follow-up to "Blood In Blood Out". 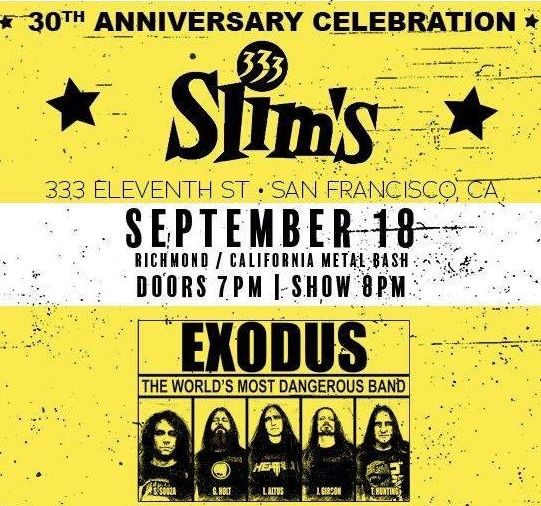