San Francisco Bay Area thrashers EXODUS send their deepest sympathy to the loved ones of their fan Gustavo Molina, who died of cardiac arrest shortly after the band's show in Buenos Aires, Argentina on October 9.

EXODUS was informed of the tragic incident, which occurred after the Buenos Aires concert, by the show's promoter. The promoter conveyed to the band that towards the end of the gig, a young man collapsed and lost consciousness. He was brought outside and was treated at the ambulance's car, but, despite CPR and heart injections, passed away at the ambulance.

The members of EXODUS wish to express their thoughts to the family at this difficult time.

EXODUS' new album, "Blood In Blood Out", was released in North America on October 14 via Nuclear Blast. 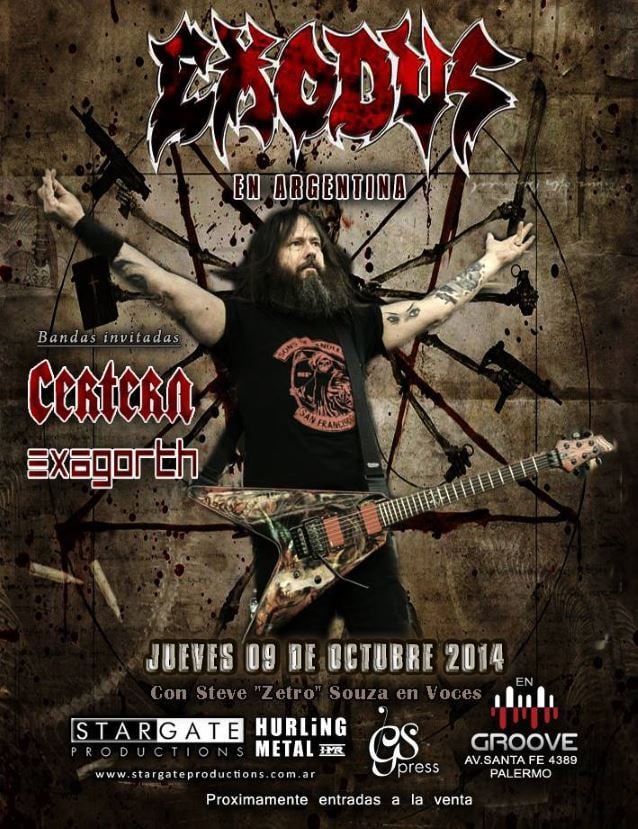