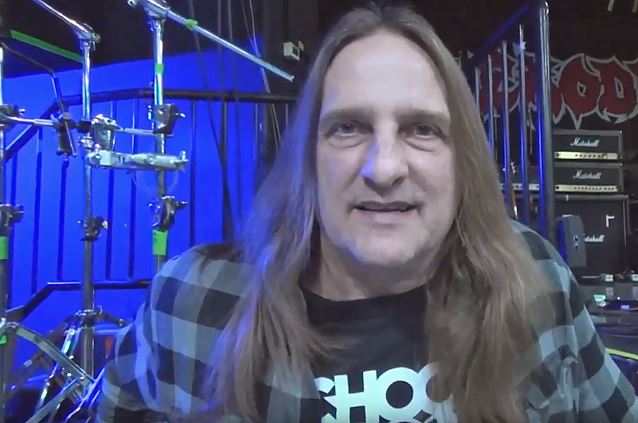 Metal Jacket Magazine conducted an interview with drummer Tom Hunting of San Francisco Bay Area thrashers EXODUS on November 17 in Zagreb, Croatia. You can now watch the chat below.

Asked if he has any tips for young bands looking to break into the music business, Hunting said: "I would just say be true to yourself and take your time and write songs. Concentrate on songwriting. Don't just try to put… 'I've gotta put fucking three hundred and eighty beats per minute. Just concentrate on songwriting and don't be afraid to take chances and put melody into your metal music, because everything needs a hook, and I think if you get a hook, fucking milk that hook like it's a fucking cow. [Laughs]"

EXODUS is currently on the road in Europe as part of the colossal "Battle Of The Bays" European tour, alongside famed Florida death metal squad OBITUARY. Support is coming from influential groove crossover metallers PRONG and Australian wrecking machine KING PARROT. 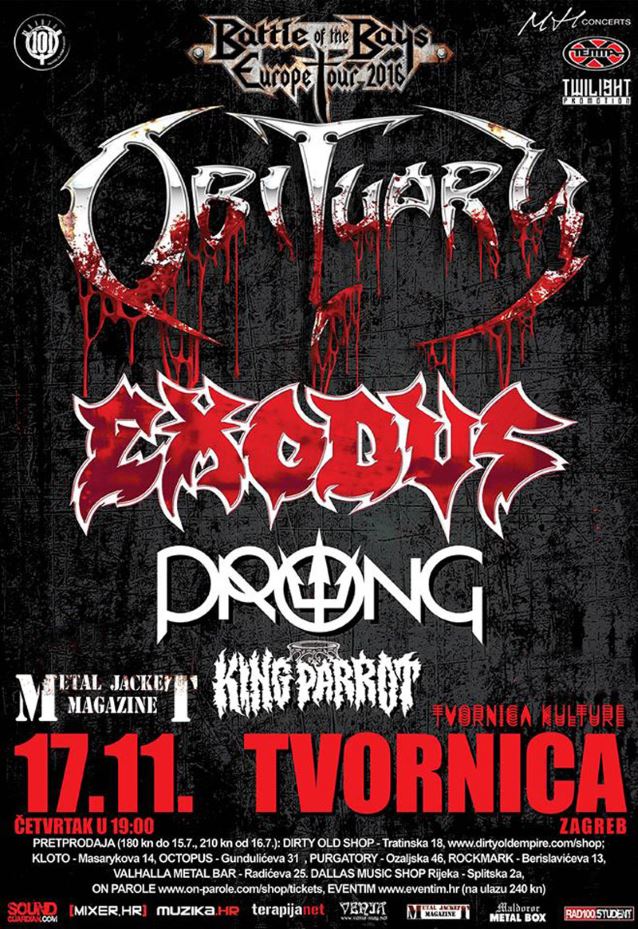