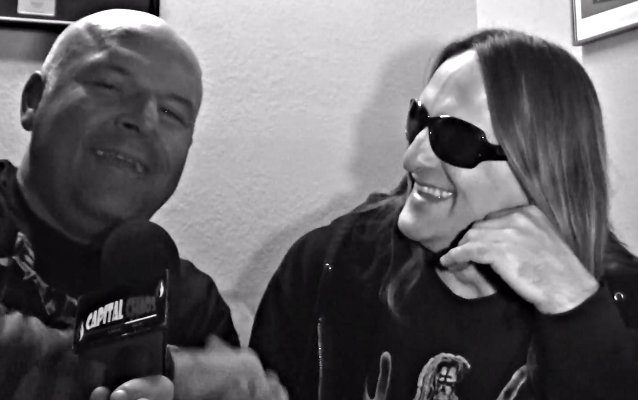 Capital Chaos TV conducted an interview with EXODUS drummer Tom Hunting prior to the band's December 20 concert at Slim's in San Francisco, California. You can now watch the chat below.

EXODUS mainman and current SLAYER touring guitarist Gary Holt told Nikki Blakk about his plans for a new EXODUS studio album: "I'm heavily in riff mode [right now]. It's always hard to gauge where a record's going right away, but you kind of get a feel for where you're headed mentally, and right now it's really fast. It's ridiculous.

EXODUS recently completed a European tour of 17 cities, with stops in Barcelona, Dublin, London and more. Although SLAYER tapped the talents of Gary Holt for their European tour, Holt performed at select EXODUS dates. When Holt was not performing with EXODUS, HEATHEN guitarist Kragen Lum was filling in on guitar.