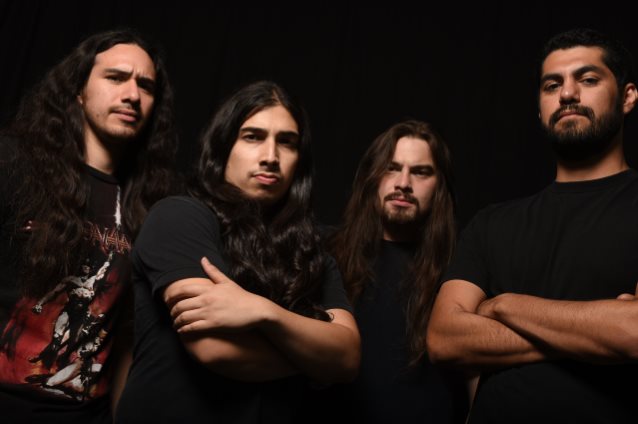 "Relentless", the new video from Whittier, California's EXMORTUS, can be seen below. The James Pesature-produced clip was filmed at the Gramercy Theater in New York City while the band was on tour with former MEGADETH guitarist Marty Friedman.

"Relentless" is taken from EXMORTUS's latest album, "Ride Forth", which is being released today (Friday, January 8) via Prosthetic. The follow-up to 2014's "Slave To The Sword" was recorded by Zack Ohren (IMMOLATION, SUFFOCATION) and features cover artwork by Philip Lawvere (KREATOR, CELTIC FROST).

"Ride Forth" was recorded during a break in the band's vigorous touring itinerary last year at Sharkbite Studios in Oakland, California. Featuring nine tracks filled with dominating riffs and gut-wrenching vocals, the effort contains the group's heaviest and most virtuosic material to date. 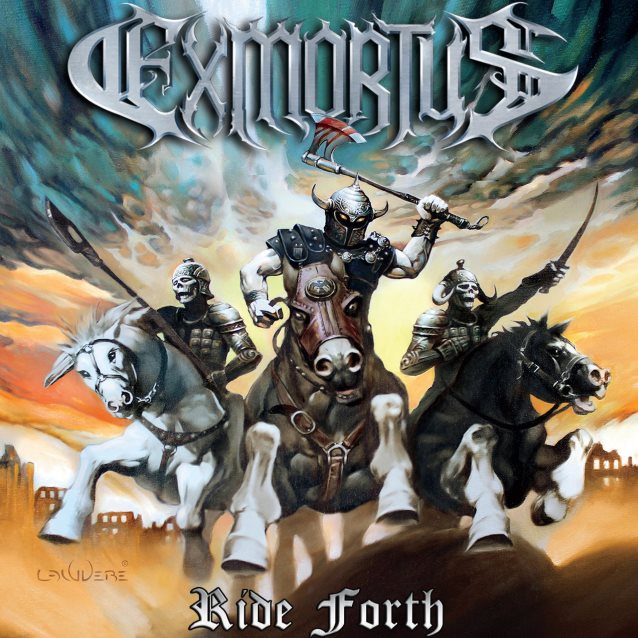