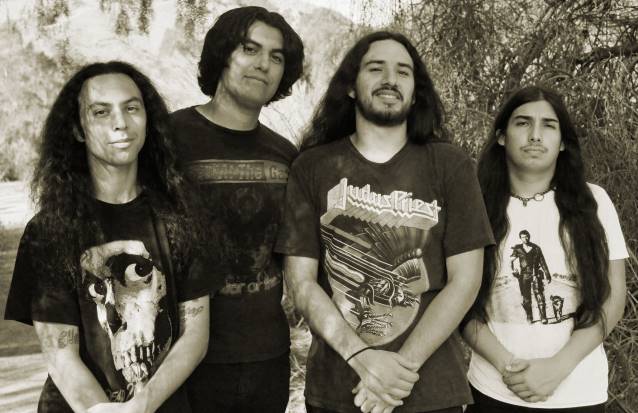 Southern California shredders EXMORTUS have released a new seven-inch single, "Immortality Made Flesh". The A-side title track is a new song from the group's forthcoming Prosthetic debut, due out in February; the B-side is a blistering cover of JUDAS PRIEST's "Freewheel Burning" exclusive to this release. Limited to 300 copies, the single — the Cyril Van Der Haegen-designed cover artwork for which appears below — can be ordered now at this location. You can also stream/download the title track via Bandcamp or check out some intimate, behind-the-scenes jam room footage of the group performing the song below.

Last weekend, EXMORTUS — whose invigorating twin-guitar mix of neoclassical shred, progressive death, classic thrash and traditional heavy metal has earned the group a devoted following in the Western U.S. — kicked off the three-week "Death Upon The West" tour with HATCHET. Following that, the band will play the Thrashgiving festival in Las Vegas and a one-off in Los Angeles before returning to the road in early 2014 alongside DARK TRANQUILLITY and OMNIUM GATHERUM.

Co-founded a decade ago by then-teenage cousins Conan (vocals/guitar) and Mario Moreno (drums), EXMORTUS released several demos and EPs indepdenently before signing with Heavy Artillery Records in 2007. The group's 2008 debut, "In Hatred's Flame", and 2011 follow-up, "Beyond The Fall Of Time", earned praise for their "frighteningly aggressive thrash blended with both death metal and NWOBHM bluster," and their exuberant, shred-heavy live performances can convert even the most jaded heshers into enthusiastic headbangers. 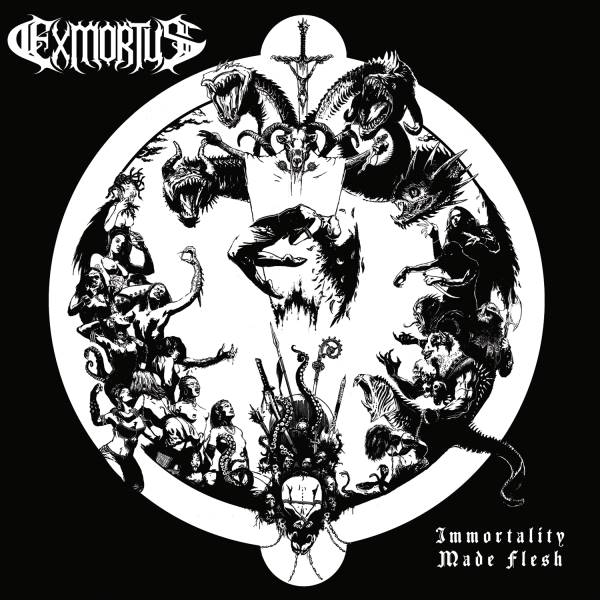