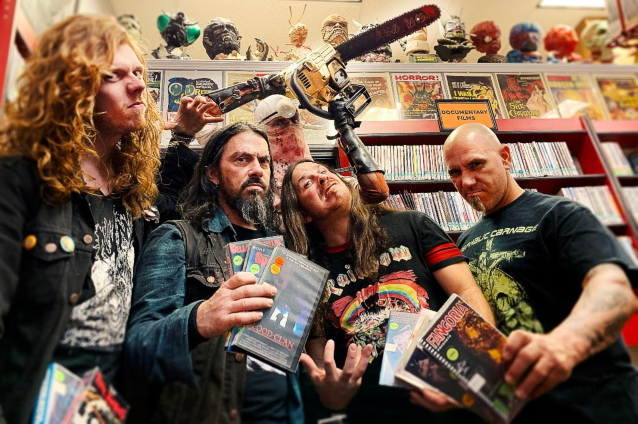 Twenty-one years since the release of its murderous debut, EXHUMED continues its onslaught of gore-obsessed death metal on its new album, "Horror", coming October 4 via Relapse Records.

Aptly titled, "Horror" is an exploration of all things macabre, as the undisputed pioneers of neck-breaking riffs plow through fifteen of the band's most intense tracks to date. Nightmares meet shred, as the speed-inducing track "Ravenous Cadavers" highlight EXHUMED's penchant for blazing, face-melting guitar work, while "Naked, Screaming And Covered In Blood" and "Playing With Fear" elevate EXHUMED to levels of grind unheard of since "Gore Metal".

"Horror" was recorded at EXHUMED's home-built studio Darker Corners (a first in the band's career), produced by the band and Alejandro Corredor (BRUJERIA, NAUSEA), and mixed and mastered by Joel Grind (TOXIC HOLOCAUST).

In advance of its release, EXHUMED has unleashed first single "Ravenous Cadavers" for public feasting. EXHUMED frontman Matt Harvey states: "'Ravenous Cadavers' is a great taste of the album — and this is one of the more mid-paced tracks on the record, so...

"'Horror' is all about stripping away everything and getting down to the core elements of our sound: raw and nasty aggression. The album's like mainlining grinding death metal at a lethal dose.

"If you liked the more intricate, melodic stuff that we've done, this may not be the one for you. If you're a fuckin' maniac that wants to pound some beers and smash up some tombstones, this is the record you've been waiting for."

The Relapse.com exclusive "Horror" deluxe VCR "Slaughter Video" Rental Store Pack is strictly limited to 100 and includes the "Horror" LP pressed on blood red and white merge with aqua blue, blood red, and oxblood splatter, a playable VHS in custom slipcase with audio and visuals of the entire album, a retro VHS inspired sticker sheet, plus an authorized "Slaughter Video" membership laminated card as well as an official "Slaughter Video" employee t shirt. All items are exclusive to this package and are housed in a meticulously designed VCR inspired boxset. 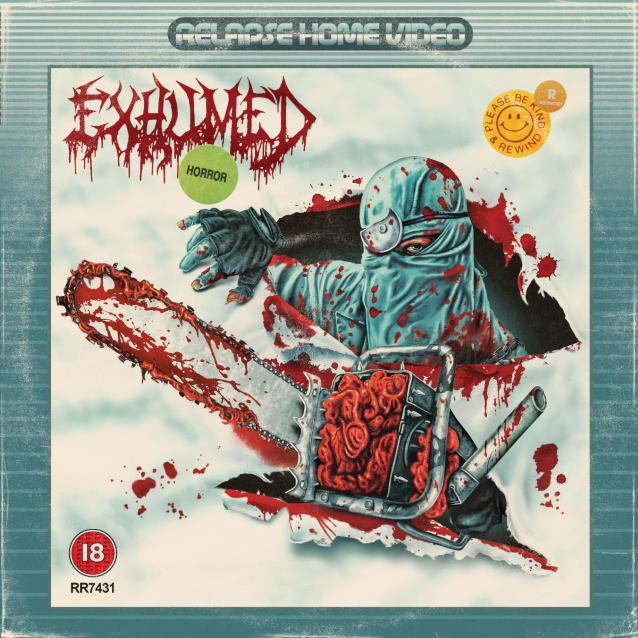