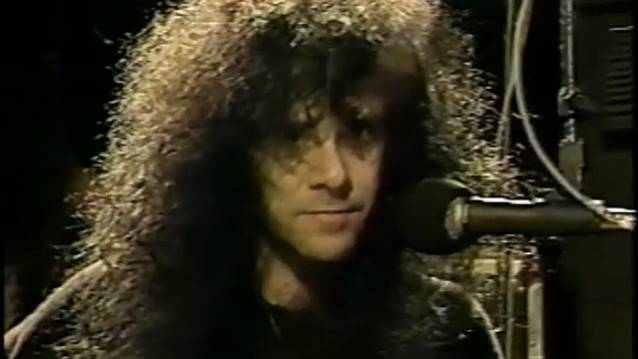 Mark Abbattista, an attorney for the family of the late KISS drummer Eric Carr, has released the following statement to BLABBERMOUTH.NET:

"It came to our attention through a variety of different media outlets that a legal proceeding was filed against the band KISS purporting to be on behalf of the 'The Estate of Eric Carr' and the 'late KISS drummer's heirs.' This proceeding was filed by a non-related third party without any knowledge, authorization or consent of anyone in the Carr family. The filing party's attorney has been contacted and ordered to cease and desist from any further statements, actions or allusions purporting to be on behalf of, or in any way relating, directly or indirectly, to Eric Carr and/or the Carr family."

Abbattista continued: "[KISS leaders] Paul Stanley and Gene Simmons know that Eric's family is not involved in this matter. However, due to the litigious society in which we live and the unfiltered proliferation of inaccurate online discussion, it is imperative to address the matter publicly, set the record straight and let the fans know that we are unified in our response to preserve and protect the honorable and beloved legacy of Eric Carr."

Added an Eric Carr family member: "We've known each other for almost 35 years and we have the highest respect for KISS and keeping Eric's memory in a positive light."

Meanwhile, KISS guitarist/vocalist Paul Stanley tweeted the following message after the news of the lawsuit broke yesterday: "Eric Carr's family is shocked by a lawsuit filed without their knowledge or support. We will deal with this attempted scam appropriately."

A copy of the complaint, filed on March 10 by attorney Robert Garson in New York County Supreme Court, can be downloaded as a PDF file for a $35 fee from the Courthouse News Service.

Carr joined KISS in 1980 after the departure of the band's original drummer Peter Criss. He recorded eight albums with the group, starting with "Music From 'The Elder'" in 1981. His last recorded appearance with KISS was "Hot In The Shade", released in 1989. 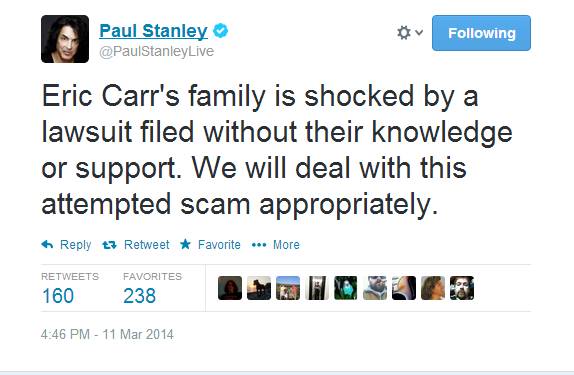