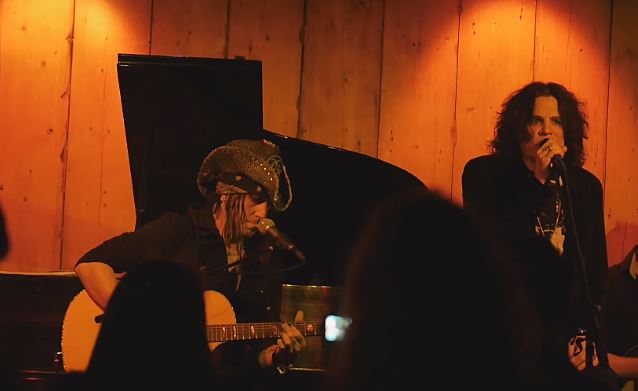 Harnell announced his latest departure from TNT on January 3, a little over a year after he rejoined the group. He said: "It's not possible for me to continue with the band… It's nothing mindblowing and it's certainly nothing new and it's also best to respect the privacy of the band and keep our issues between us. At least that's my goal. What I can tell you all is that I tried very hard once again to make it work for the long haul." He added: "I had really high hopes that it would last this time and that we would continue for years to come, but it is a very volatile little machine."

TNT released "30th Anniversary 1982-2012 Live In Concert With Trondheim Symphony Orchestra" on September 8, 2013 in Norway and on September 29, 2013 in the rest of Europe. This unique document of the band's three-decade career was captured on June 2, 2012 at the Clarion Hotel in Trondheim, Norway. The group performed a special setlist while accompanied by the Trondheim Symphony Orchestra (Trondheim Symfoniorkester). Also making special appearances with the band were Hank Von Helvete, Dee Snider (TWISTED SISTER), TNT's original singer, Dag Ingebrigtsen, and Harnell.