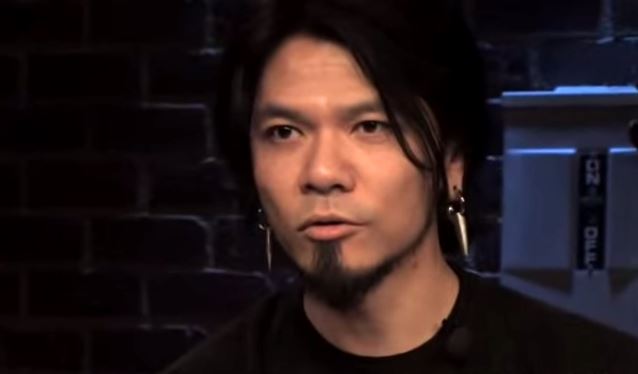 "I am still trying to process the sad fact that I’ve lost my dear old friend, Wayne Richard Wells. He was an extraordinary, one-of-a-kind, very special person and also a very gifted artist with a clear vision. On a personal level, he was a smart, kind, caring sweetheart and soft-spoken gentleman. I really loved his dark, biting and sharp sense of humor. We all shared so many great times and also some tough times together like we are 'family.'

"It makes me so sad and angry at the same time that I'll never have a chance to reconcile with him.

"I thought the time is the only thing needed for all of us to realize what we had is something so special.

"I was just waiting patiently for my old friend Wayne to come back and hoping someday we'll play music together again in a same room with a smile on our face and have fun like old times.

"I'll miss that special chemistry between the four of us forever.

"My heart is breaking for his parents, Richard and Darlene Wells, and also his brother and sisters. They are the sweetest people I know. My deepest condolences go out to them.

"Rest in peace, Wayne. Thank you for everything. You will be missed by so many people, including me."

Static, whose real name was Wayne Richard Wells, passed away quietly in his sleep, according to a publicist. Static was just getting ready to head out on co-headlining tours with POWERMAN 5000 and DROWNING POOL when he died. There has been no official confirmation of the cause of death, but some of Static's music industry colleagues suggested in their reactions that drugs may have been involved.