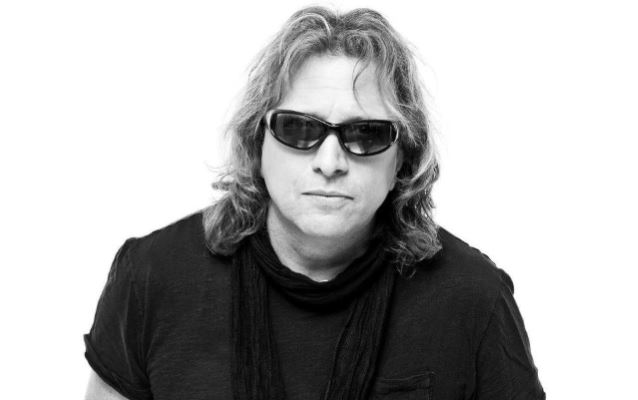 In a brand new interview with "The Jim Chinnici Radio Show" on iRadioUSA.com, ex-SKID ROW drummer Rob Affuso was asked if he thinks the band's classic lineup — featuring Affuso on drums and Sebastian Bach on vocals — will ever reunite. He responded (hear audio below): "Well, I have tried, unsuccessfully, three times, kind of, full-court press — for any basketball fans out there — to get it back together, to try to get Rachel [Bolan, bass] and Sebastian in a room and talk. And, inevitably, either Sebastian would say something stupid two weeks prior and then piss Rachel off or whatever… I don't wanna say 'stupid'… but he'd say something to piss Rachel off. And then Rachel would be, like, 'Well, fuck you.' And that happened, like, literally three times. And the one time I thought it was about to happen, and it just fell apart. I don't see it happening; I really don't. I've tried. I think Rachel and Snake [guitarist Dave Sabo] just don't wanna do it. They're happy where they are, and they wanna move forward."

Affuso went on to admit that the fact that SKID ROW's classic lineup can't reunite "really kills [him] on many levels." He explained: "One, as a professional… As a kid growing up and dreaming of being a rock star and working your ass off to be somewhere and get somewhere and then you find this group [of people] that you grow with. So it's very disappointing, because you grow up and you reach this incredible level of success, and then you have [these] fights and drama. And okay, so then it ends, but you know what?! A few years, several years down the road, we're all still alive, we're all viable, we're all still playing our instruments. So it's just very… it's sad. It's sad that we had that [and we can't bring it back]. We were less than one percent of the people on earth — we had this special thing — and it's been taken away by… It's just that [Rachel and Snake have the attitude], 'No, we don't wanna do it. We're gonna do it our way.' Which is fine. I mean, Rachel and Snake own the name; they own the name SKID ROW and they are the main songwriters. So, in essence, they can do whatever they want with the name. They could put Winnie The Pooh and Mickey [Mouse] up there and call it SKID ROW. No offense to the guys, but I'm just saying… They own it. With that said, I really don't see it. I've tried, I've tried, I've tried… I don't see it, unfortunately."

In a November 2014 interview with Metal Rules, Affuso spoke about the breakup of SKID ROW's classic lineup. He said: "It was a very awkward time. I was not getting along with Sebastian, [and neither were] any of the others. He was very difficult at that time, and so it was forced [upon] the [other] guys to make that decision to change singers, and I didn't really want to be without Sebastian. I felt Sebastian was an integral part of SKID ROW, as [were] Rachel and Snake, because they wrote a lot of the music."

SKID ROW recently fired its lead singer of the past fifteen years, Johnny Solinger, and replaced him with ex-TNT frontman Tony Harnell.