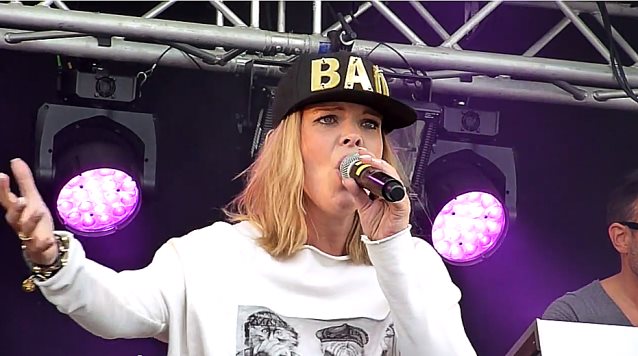 Former NIGHTWISH singer Anette Olzon debuted two brand new songs — "Hiding In The Past" and "Strong" — and performed one cover, "Play Dead" (BJÖRK), during her June 6 solo appearance at the Kivenlahti Rock festival in Espoo, Finland.

Fan-filmed video footage of the "Hiding In The Past" performance — a song written by Olzon, WITHIN TEMPTATION keyboardist Martijn Spierenburg and BLOODBOUND keyboardist Fredrik Bergh — can be seen below, along with other clips from the show.