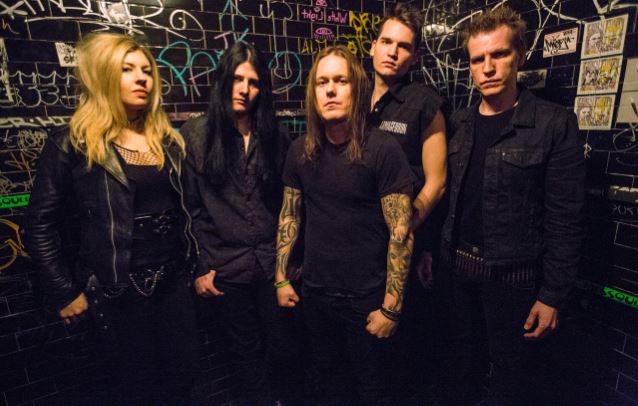 In the early 1990s, Hämäläinen started playing bass, drums, and singing for multiple bands based both in the USA and Finland, providing vocals for the Arizona death metal band SLAVES FOR SCORES and then NIGHTRAGE in 2007.

ARMAGEDDON commented: "We're happy to announce that Antony Hämäläinen has accepted the position as full-time vocalist for ARMAGEDDON. We are looking forward to working with him, as he brings great energy to the band, both on and off stage."

ARMAGEDDON's new album, "Captivity & Devourment", was released on January 26 via Listenable Records. The CD was mixed by Fredrik Larnemo at Studio Recordia and mastered at Stockholm Mastering.