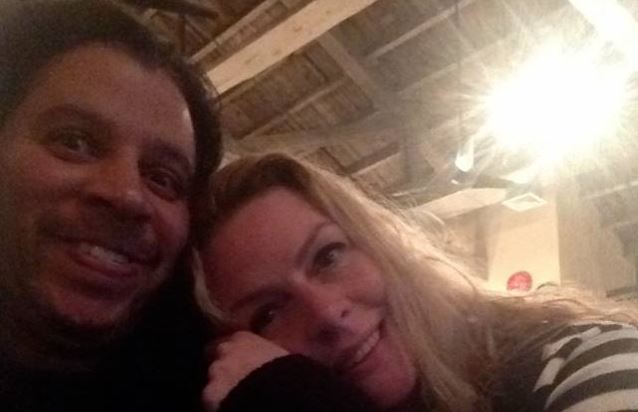 Dorraine "Dore" Williams, the wife of former NEVERMORE and current ASHES OF ARES and GHOST SHIP OCTAVIUS drummer Van Williams, was diagnosed with stage III ovarian cancer on April 16. Dore is still undergoing tests to confirm where else the cancer has spread. However, she underwent surgery on Thursday, April 23 and will shortly begin an aggressive chemotherapy plan that will continue for as long as necessary.

Although currently employed, Dore will have exhausted her paid time off at the end of April. After that, she will not be receiving any income.

Going through this treatment will be quite expensive. First there is a high deductible on the medical plan and the increased expenses for travel, but also the cost of Dore's insurance premiums after May 1. These items, along with the Williams' normal monthly expenses — which include raising Dore and Van's seven-year-old son Killian — spell out great financial difficulties for the family.

A GoFundMe campaign has been launched to assist Dore and her family with the financial difficulties that lie ahead of them in the coming months.

Said Van: "Dore and I have been together forever. She is truly one of the coolest people you can know and my rock. She has always been a very positive person and is gearing up to kick the SHIT out of cancer's ass!"

Dore and Van relocated to Seattle, Washington in 1993 but moved back to New York four years ago to raise their son around family.

Dore has spent the last 15 years helping others either as an HR professional or as an insurance broker.