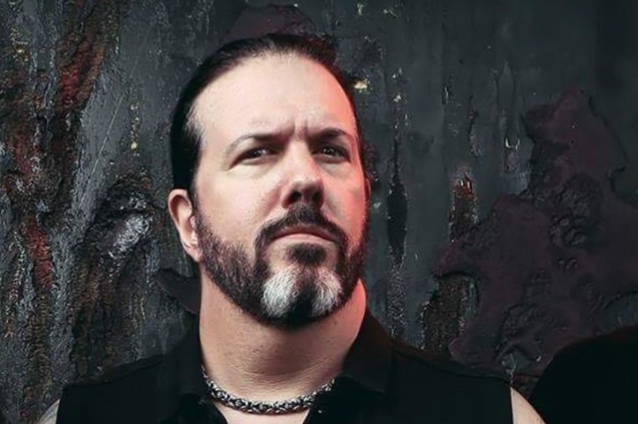 In a brand new interview with Games, Brrraaains & A Head-Banging Life, former MORBID ANGEL and current I AM MORBID frontman David Vincent was asked how he has been able to adapt to the access-over-ownership business model of streaming music. "Well, I'm in a slightly better position, because I have a history of sales, and that does continue," he responded (hear audio below). "I've always said this: real fans buy music. I buy music. And those who don't, who consider themselves a fan of music, what they're really doing is saying that they don't want their favorite bands to put out a new record. Because it's incredibly expensive to do these things, and when people just help themselves to it, then there's ramifications to that, which means people get to the point where they're frustrated and they can't pay their bills, or whatever, and then they stop doing it altogether. It's simple economics."

Vincent recently released "Something Wicked Marches In", the debut album from his supergroup VLTIMAS, also featuring guitarist Rune Eriksen (formerly of MAYHEM) and CRYPTOPSY drummer Flo Mounier. Vincent is also involved with I AM MORBID, which performs MORBID ANGEL's early material on the road.

In 2017, Vincent released his debut country single, "Drinkin' With The Devil", with tentative plans to complete a follow-up record this year.