Former MISFITS frontman Michale Graves will release a new live album, "Illusions Live 2008/Viretta Park", on October 21 via Screaming Crow Records. A track from the CD, "Blackbird", is available for streaming at this location.

Graves will launch an acoustic tour in support of the album.

Michale Graves recently got back from Romania where he guest-starred in the Massify/After Dark Films production "Perkins 14". Graves plays Eric Ross, the love interest of the lead female Daisy Hopper (Shayla Beesley), and is introduced in story while strumming an acoustic guitar and singing one of his new songs, "Blackbird".

"Perkins 14" is the first feature film developed entirely via the Internet. Craig Singer — whose "Dark Ride" made the first wave of After Dark's "8 Films to Die For" — directed and Lane Shadgett ("Luna Park", "All Lost Souls") wrote the screenplay based on a pitch by horror film fan Jeremy Donaldson. "An American Haunting"'s Chris Milburn and Matthew Kuipers are producing. 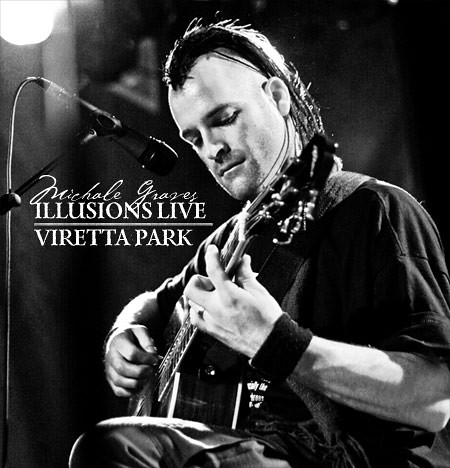