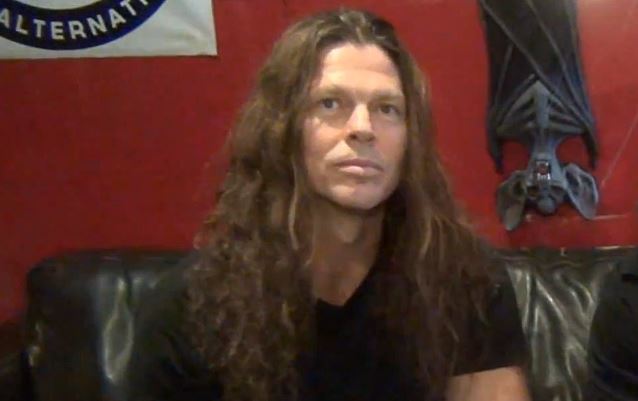 Asked how he would describe Dave Mustaine to those fans who have never had a chance to meet the MEGADETH mainman, Broderick said: "I think, in a way, all of the fans have met him through his music. You hear his personality in the way he plays and the way he writes. So it's almost like through listening [to MEGADETH's music], you do know Dave Mustaine."

Pressed to describe Mustaine in his own words, Broderick said: "I think he's a man who knows what he wants, and he's very decisive and he wants to get the music across with his vision, and he makes it happen."

Only hours after Drover announced his exit from MEGADETH on November 25 to "to pursue [his] own musical interests," Broderick revealed he also quit the legendary metal band, saying that he was leaving the group "due to artistic and musical differences."