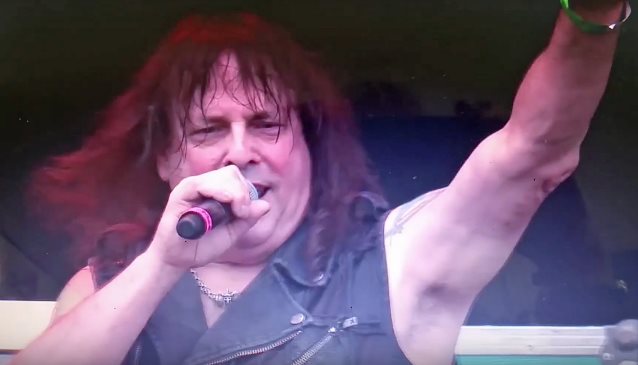 "We are very happy to have had this very special ceremony with Ross The Boss on our stage for the very first time," said one of the Wacken Open Air promoters, Thomas Jensen.

"It was a huge privilege to be inducted into the 2017 Hall Of Heavy Metal History, along with Randy Rhoads, Ronnie James Dio, Lemmy Kilmister, and the other superstar inductees," says Ross. "Now I am the very first 'Global Metal Ambassador' in the music industry. That is a huge honor as well."

The Hall Of Heavy Metal History is part of the non-profit organization D.A.D. (Drums And Disabilities). Proceeds from both organizations are donated to establish free therapy services and programs to help disabled children and their families. Every January, iconic musicians and music industry personalities are inducted into the Hall Of Heavy Metal History in Anaheim, California.

The new lineup of ROSS THE BOSS, the band led by Friedman, performed at this year's Hall Of Heavy Metal History induction ceremony in January at the Anaheim Expo Center in Anaheim, California.