According to a recently released promotional video for the event, "There will be Vinnie shredding, songs, excellent food, Q&A, photo ops, more memorabilia on display, [and] signings. Unreleased and master tracks of Vinnie Vincent's classic songs will also be previewed and much, much more."

Tickets for "Vinnie Vincent's Merry Metal Christmas" are priced at $500.00 per ticket and can be purchased via PayPal or credit card.

Vincent celebrated his 67th birthday at a private event for select fans on August 10 in Nashville, Tennessee. The party took place at S.I.R. Studios and consisted of "six hours of stories, music, photos and fun."

Vinnie's birthday party came a couple of months after the cancelation of his performance at the "Speedballjamm", which was scheduled to take place on June 7 at the S.I.R. Soundstage in Nashville.

Earlier in the year, Vinnie called off his original comeback concerts. which were supposed to take place February 8 and February 9 in Nashville, due to a dispute with the promoter.

Last year, KISS bassist/vocalist Gene Simmons suggested in an interview that Vincent was "his own worst enemy" and expressed his doubt that Vinnie would successfully relaunch his career. 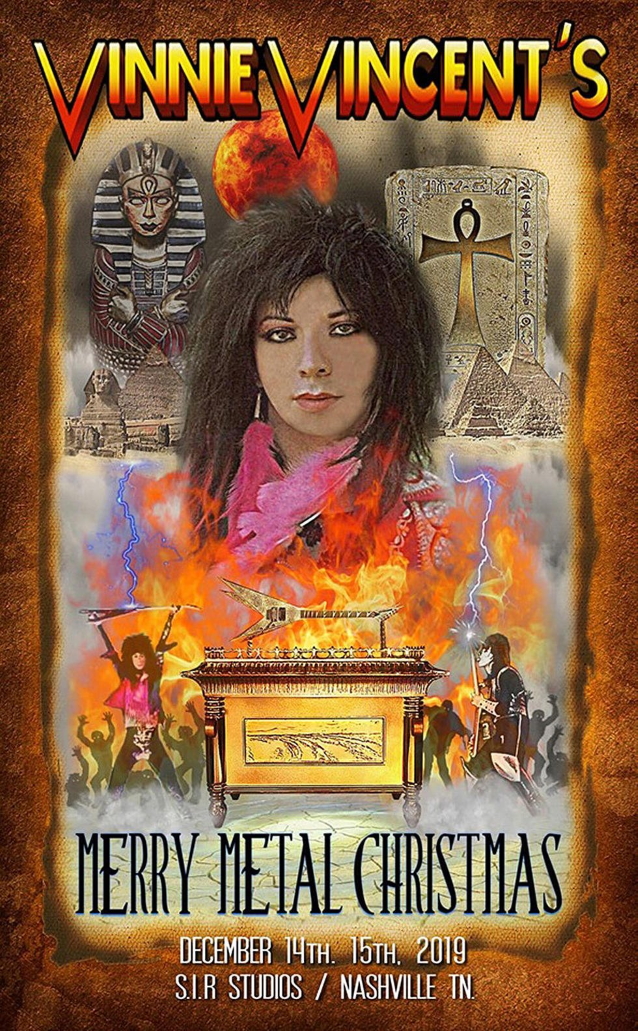