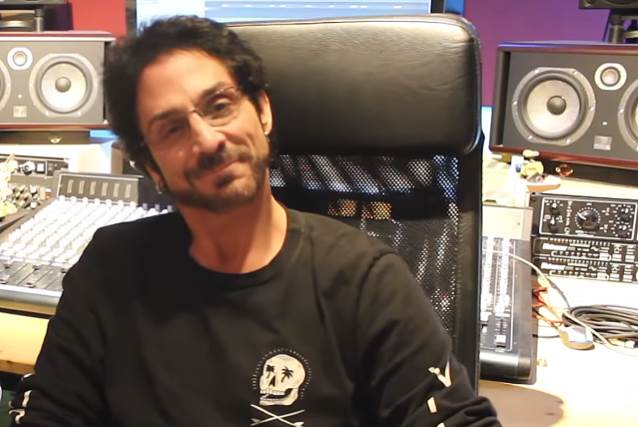 Former JOURNEY drummer Deen Castronovo has commented on the war of words between Neal Schon and Jonathan Cain over a White House visit by several members of the band.

Castronovo, whose 17-year tenure with JOURNEY ended three years ago when the band fired him after his arrest for a variety of charges involving a former fiancée (including physical abuse, coercion, and unlawful use of a weapon), explained to All That Shreds in a new interview why he chose to stay quiet about Schon's issues with the other members of JOURNEY.

"I am extremely loyal to Neal and [Shrapnel Records founder] Mike Varney," he said. "They're the ones that discovered me. I owe both of those guys all of the loyalty in the world.

"When that stuff went down, I stayed out of it," he continued. "I have my own views and opinions, but I keep them to myself and make them public.

"I love all of the guys in JOURNEY. There are certain things that need to be separated from music, in my opinion, unless you're a band that makes a political statement.

"I was grateful not to be there, because I'm not good with drama," Deen added. "I just hit my three-year mark of being clean and sober, so drama has no place in my world."

Drummer Steve Smith returned to JOURNEY in 2015, filling a hole left by the departure of Castronovo.

JOURNEY's 58-city tour with DEF LEPPARD kicked off on May 21 in Hartford, Connecticut and will run through October 6 in Los Angeles.